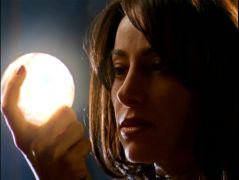 Ty King wrote two episodes of BtVS, this and Some Assembly Required. At first thought, there doesn’t seem to be any connection between them, particularly in terms of quality but as I wrote the best thing about SAR was Jenny and Giles’ relationship and this has excellent interactions between the two. I have a lot of sympathy for Jenny – her loyalties must lie with her family and her betrayal of Buffy and Giles had to happen because of that.

I’ll say it again but I love how much fun David B is having as Angelus. His taunting of Spike is hilarious and Spike’s fury is building up nicely.

Clearly, Willow hadn’t bonded with her fish when she fed them despite them not being in the tank at all because they were in an envelope. The shot of the two girls on the bed surrounded by garlic with Willow looking nervous (“Although for the first time I'm glad my parents didn't let me have a puppy”) is very funny.

I imagine the scene when students (one of whom is Jonathan) actually want to use the library is an acknowledgement of the unrealistic emptiness of the library (later reflected in the Scooby meetings at the Magic Box) where serious discussions about supernatural Sunnydale just couldn’t happen,

Xander’s indignation in the “Hey, how come Buffy doesn't get a snotty “once again you boil it down to the simplest form” thing?” is not misplaced.

Willow is delighted to take Ms Calendar’s class (but how likely is that?) and I find her enthusiastic for potential punishment (“Will I have the power to assign detention?”) rather disturbing. 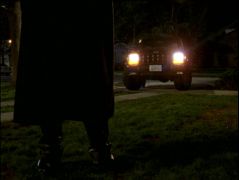 There is evil on the Summers’ driveway
and look there’s Angelus
Joyce’s denial can’t last much longer but I do like the conversations Buffy and she have when she’s right but so wrong at the same time. Despite knowing the outcome of Angelus’ conversation with Joyce I still feel very anxious for her as she fumbles with her keys and he tells her things about her daughter she isn’t ready to hear.

The inane gibberish of I Robot, You Jane didn’t bother me in the least but the gibberish in Passion does. That’s because it wasn’t important in a fun throwaway episode like IRYJ but here it is very important. I just don’t understand why programme makers are so inept at showing basic IT on screen, it’s not like they never use PCs, is it? Jenny saves to her floppy disk in no time at all, Angelus destroys the monitor and not the hard drive and, as we subsequently find out, Willow finds Jenny’s lesson plans on her computer (which also throws up the question of why not the translation too).

The problem with rewatching and recapping is the discovery of flaws and the subsequent nitpicking (which is one of the reasons I love Who Are You? so much is that despite the many many times I have watched it, I think it is practically perfect). Why does Jenny bother to ask Angelus how he got in? It’s a public building. Why did he lock the classroom door (or is it actually locked)? It opens quite easily when Jenny is thrown against it. Why is Jenny unable to open the fire escape doors? How does he get ahead of her? Anyway, none of that matters because HE BREAKS HER NECK LIKE SHE’S NOTHING. 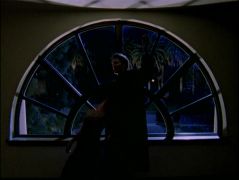 It’s just unbelievable that it happens – it’s just not fair but we had better get used to that sort of thing happening in the Buffyverse.

The scene between Willow and Giles as he wonders whether he should intervene is sweet and funny and the juxtaposition of humour and horror just shouldn’t work but the fantastic thing about BtVS is that is does – often.

The sequence when Giles arrives to find Jenny’s body is heartrending and beautifully directed and edited. (Nitpick alert – just when was Angel invited into Giles’ apartment?)

And finally, this dialogue stops me from being angry at Buffy: 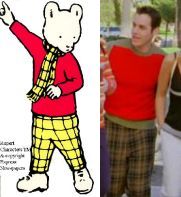