It is clear from my list of most listened to from 2006 that I like listening to female artists almost exclusively (although I do have Midlake, The Beatles, Pet Shop Boys, The Smiths and Sparklehorse hovering in my top forty). I don't know why I feel like I'm apologising for this when I have been listening to BBC 6 Music for several weeks now waiting for more than two female artists to be played in a row. It was only today that Stuart Maconie managed to do this (the sequence was broken by the news but still counts). To my dismay one of the artists was that "annoying woman" (thanks for the moniker, Adam) Joanna Newsom. I am utterly mystified by the acclaim and popularity of Joanna. Andy is majorly smitten (which really surprises me, Mr my-music-taste-is impeccable-and-remorselessly-non-mainstream loves this darling of the media) and I just don't get it. I think I should like her: I'm a fan of Bjork and the Sugarcubes so I don't have a problem with a strange voice, the orchestration is lush and string based which I am partial to, she's a woman so that should really help but it's all so precious, irritating, meandering, and long. It's bizarre - who next? Victoria Williams and Mary Margaret O'Hara?

Now that I'm on one, just what is so great about The Decemberists, Sufjan Stevens and Cat Power? Metacritic's Best of 2006 shows how out of step I am. However, thanks to that listing of lists I'm off to buy Leaves From Off The Tree. 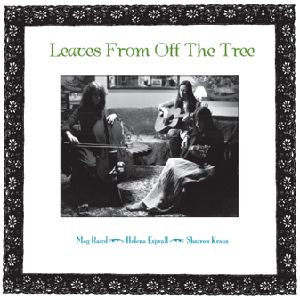