“The melody we hear” 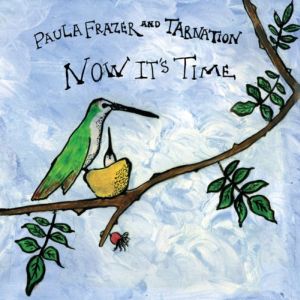 I now have Now It's Time ripped to my computer and I have no doubt it will be an album I will be returning to again and again (I must've listened to Pretend dozens of times on myspace already). The album artwork is as gorgeous as the music which is saying a lot. Many moons ago I wrote that lyrics were of secondary importance to me (I haven't a clue what Tara Jane O'Neil is singing about on Blue Light Room but it sounds awesome) but repeated criticisms of Paula Frazer's lyrics as being banal have got me concentrating on them a bit harder and, while she's no poet, they totally suit the beauty of her voice. And I don't feel an idiot because I do know what she's going on about.

I'm going to whinge about Frazer's record label, Birdman. I decided as a New Year's resolution to buy whenever possible directly from an artist or their record label (or an affiliated store) but Birdman made this impossible for me. This album isn't even listed on their website despite both Andy and I writing to them. So amazon.co.uk got my money and I have my CD.

Edit: Literally seconds after publishing this I got an e-mail from Birdman saying the CD will be on their website in a day or so. So it's too late for me but not too late for you.