Who Are You? (Joss Whedon)

This is probably my favourite ever episode of BtVS but it isn’t entirely perfect: the actors who play the three Watchers’ Council men may or may not be British but they sure sound awful and it’s distracting. Plus Adam…and the spit that runs down Buffy’s face.

As I write these reviews (notes?) I surf around the Internet for various reasons (in this case to find out the preferred terms for Faith and Buffy which I decided not to bother with) and I come across other websites and blogs that cover the same ground. I am constantly struck by the near hatred that BtVS can provoke. Some people are so angry, proprietorial, and demanding; it’s as if they believe the series and its creators personally owe them something. Season four and six are the targets of the most venom and I wonder why they bother with something that they dislike so much. Then I wonder if my gripes could be conceived the same way so in order to make it clear: I love BtVS and even the problems I have with season six don’t stop the love I have for it and all that came before it. Maybe any hatred I may have is reserved for season seven but I even though I have never seen an episode from that season again I still remember liking a lot of it. I have noticed a bit of the above coming out in reviews of the season eight comics with folk demanding less Andrew, who Amy’s boyfriend’s should be, etc, as if Joss and co should or could please everyone.

Here’s a list of reasons why it’s a favourite: 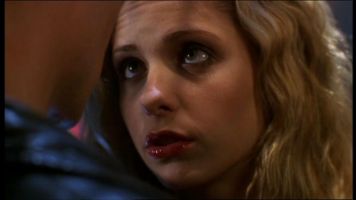 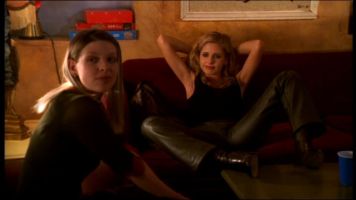 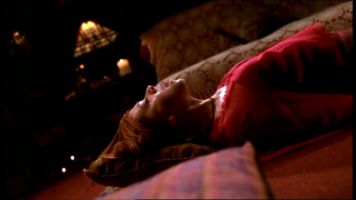