It’s been several years since I sat down and watched the classic film The Philadelphia Story which is routinely considered one of the best American films ever made and one of the best romantic comedies ever made. It was broadcast as a tribute to Katharine Hepburn who would have been one hundred on the 12th May so I thought I would sit down and see if this film was really as anti-women as I remembered.

First of all, I am a big fan of films from the thirties and forties and among my favourite actors are Myrna Loy, Claudette Colbert, Bette Davis, Henry Fonda, Humphrey Bogart, Jean Arthur, Barbara Stanwyck and Ingrid Bergman and secondly, I know "The past is a foreign country; they do things differently there" but if this film was as racist as it is sexist then what would the consensus be? Appreciations for Birth of a Nation and Gone With the Wind are always prefaced with apologies for their racist content so where are they for this?

The key moments in the film’s sexism include:

There is a rather better written review from Eclectica magazine by Thomas J. Hubschman which echoes my thoughts.

In addition, the views on class are rather interesting too with the working class character portrayed as a narrow-minded oaf. 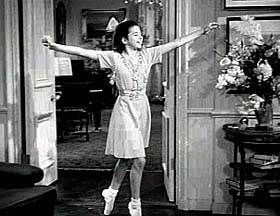 I must mention the truly wonderful performance by Virginia Weidler whose dancing and singing are timelessly funny. She is on a sad list of child actors who died young: Peggy Ann Garner, Natalie Wood, Judy Garland, Brandon de Wilde, Bobby Driscoll, etc.