I’m on record that season four is my favourite but I think I was mistaking a whole buncha good episodes for a good series of episodes. It didn’t help that Professor Walsh departed rather abruptly which lead to Adam taking centre stage which made season 4’s big bad a big bore.

Feel free to skip the following witterings: I’m fairly confident that seasons 5, 6 and 7 won’t be my favourite seasons so it’s now between 2 and 3. My first thought is 3 because of Faith and the Mayor but then I remember Dead Man’s Party and Beauty and the Beasts. Then I remember Bad Eggs and Killed by Death. Then I remember Amends, Helpless and The Zeppo and then I remember Inca Mummy Girl, Reptile Boy, and Go Fish. So do Faith and the Mayor beat Kendra and Angelus? Does preaching beat MOTW episodes? I think I may in danger of getting great episodes like Innocence/Surprise, Phases, Passion and Becoming I and II mixed up with a great season and as much as I hate DMP and BATB with a passion there are few routine episodes and the others I mentioned have much to recommend them (except, I’m sorry to say, The Zeppo). Season 3 is my favourite. 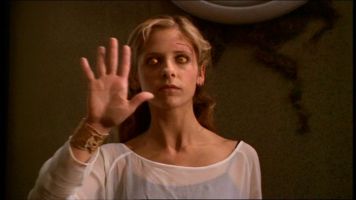 I think this is the poorest finale of all BtVS seasons with its X-Files lite coda summing up the crappiness of the idea of the Initiative. I was surprised to see the military turning up in Season 8; did Joss not learn anything? (Restless isn’t really the finale in the truest sense.)

Zombie Walsh and zombie Forrest are just horrible while Riley ripping out his chip (which just remember is directly attached to his nervous system) is plain daft. 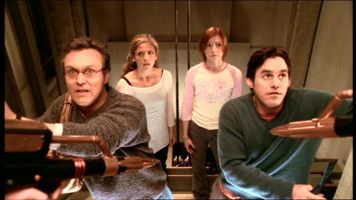 However, the true power of the Scoobies is harnessed and it is genuinely moving to see them working together. 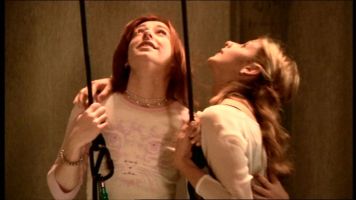 Buffy and Willow’s chat in the lift shaft is sweet but really: “Let's promise to never not talk again.” 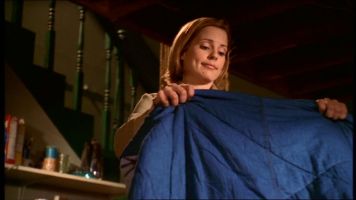 “So what if they are? You're a good person, and a good boyfriend, and...and I'm in love with you. Whatever they think of you, it shouldn't matter.” Anya is so lovable (and sensible) when she’s allowed to be, well, human.