But we don’t mess with life and death 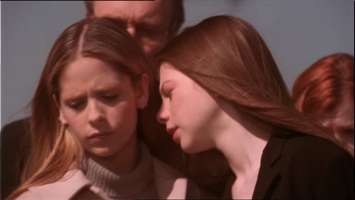 Willow's behaviour is outrageous but in character. Someone is in pain and she wants to fix it for them. Or at least help. What she doesn't consider is the consequences. The divide between Willow and Tara is stark and sets up their estrangement.

"This is different. Magic can't be used to alter the natural order of things." "But all you do is mess with the natural order of things. You, you make things float, and disappear, and..." "But we don't mess with life and death. Dawn, I know how bad you hurt." "You don't. They put her in the ground." "They did, and it's awful and unfair, but this isn't the way." "I'm not even sure it's possible, Dawn. I mean, I've seen things on resurrection, but there's books and stuff. But I guess, the spells, backfire?" "That's not the point." "That's not the point. The, the point is it's bad, because..." "Because witches can't be allowed to alter the fabric of life for selfish reasons. Wiccans took an oath a long time ago to honour that."

Willow just doesn't see it like Tara does. She is dangerous.

The first half of this episode makes sense but the second half doesn't. Dawn steals the books ridiculously easy. My biggest problem is that I don't get why Spike helps Dawn to resurrect her mother. The explanation he gives isn't good enough: "I just don't like to see Summers women take it so hard on the chin, is all." Not only does it seem stupid of him, it also leads to one of the poorest fighting monsters somewhere underground scenes in a long time.

Ben's pathetic attempt at murdering Jinx is also an extremely weak plot point. There must have been a better way of revealing the key is human to Glory.

There is also a terrible scene between Willow and Tara which may be badly written or directed or edited or all three. Willow is behaving so obviously guilty that Tara's apparent inability to pick up on this seems bizarre. It feels like Alyson Hannigan was reading one draft while Amber Benson was reading another and it was cut together. 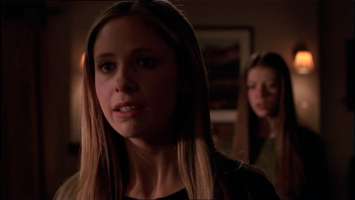 The Monkey's Paw ending is creepy and moving. And I do like that when it comes down to the knock at the door, Buffy does want it to be her mother.