I choose not to hear that 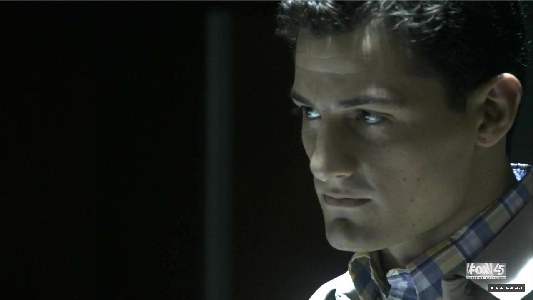 Tim Minear brings his ludicrous serial killers over from The Inside and decides that subtlety or indeed, coherence aren't needed.


I am looking forward to the day when I can say I knew that Enver Gjokaj was going to a star when I saw his range, assurance, and general awesomeness in Dollhouse.

Olivia Williams as Adelle is the only thing that I positively like about Dollhouse*. I like Enver as an actor but he is playing many roles so it's hard to like the combination.

The issues that this show is tackling bother me. Exploring misogyny is too near to celebrating it for my liking. Isn't it hilarious when a man behaves like a woman? Shoogling his bum like that - it's so silly and funny.

In normal circumstances, I don't watch much that deals with serial killers or child abusers or prostitution or arms dealers or, you get the idea.

Like Charles, I find myself wondering "if Buffy and Firefly were the exception and that in actuality the real Joss is the one responsible for Angel and Dollhouse."

I am not going to systematically write about Dollhouse anymore. I know for a fact that if this wasn't a Joss Whedon show, I would definitely not be watching any more of it. I need to get a grip and just stop watching.

*Adelle may even be one of my top five Whedon characters.