You really do think you're better than we are Everyone is leaving Sunnydale. Buffy has a cold. Willow uses the force. Willow cries. Caleb is boring. Faith goes dancing. Buffy reiterates how freaking marvellous Spike is. The First has a cold. Amanda gets drunk. Spike and Andrew have chemistry as they talk about onion blossoms with Andrew’s arms wrapped around Spike’s waist.

The empty places in this episode are in the writers’ heads. I don’t actually mind the notion of a revolt against Buffy’s cold leadership but this is so forced and stupid; Buffy’s closest friends betray her and her own sister kicks her out of her own house (and without a toothbrush and a change of clothes).

But you didn't earn it. You didn't work for it. You've never had anybody come up to you and say you deserve these things more than anyone else. They were just handed to you. So that doesn't make you better than us. It makes you luckier than us.

What a load of tripe. That’s right, seven years of not earning and not working, that’s our Buffy.

Aargh, if I hadn’t already reached the rough part of my Buffy relationship then I would probably loathe this as much as “Dead Man’s Party” and “Into the Woods” but... 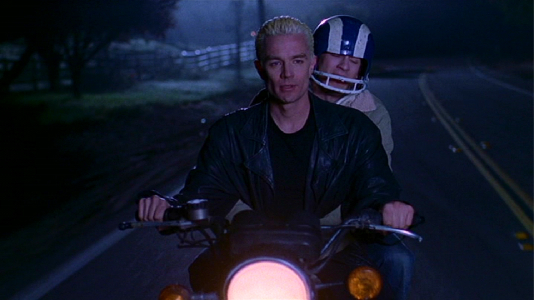