What I have been watching.

Glee The first conclusion I drew from this series (I have watched the first four episodes and skimmed the next two) is that modern pop songs have pretty objectionable lyrics. Not even Jessalyn Gilsig's valiant attempt can make hysterical Terri at all palatable. And that the hilarious lines given to Sue and the impeccable delivery of them by Jane Lynch are not enough to sustain a series. There is also way too much miming and too much reliance on stereotypes to subvert the stereotypes. I know that I'd rather see something approximating real people?* I like Lea Michele whose nose is a pleasure to look at even from inside a toilet. 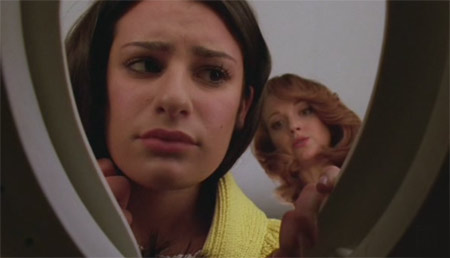 Dollhouse S2 went through a glorious patch with "The Attic" being the pinnacle and then it crashed to Earth. I've already written about what I have liked and disliked about it but I will add that Mellie/Madeline/November's death was shoddily done and dismayed me immensely.

Carnivàle S2 began with an episode that cleared up any lingering doubts that this series is bonkers. I couldn't stand Libby at first and now her sadness is so heartbreaking. Amy Madigan has become more and more compelling as Iris. I'm going to miss Professor Lodz.

*Community On maurinsky's recommendation, we started watching this and after three episodes we are hooked. The seven main characters are all interesting, and funny, and rounded. And I ever thought I would ever write this but Chevy Chase is hilarious. Joel McHale has something of the Anthony Head about him (but not in this cast photo). 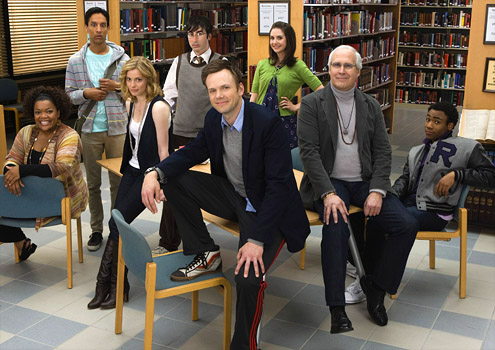 Nurse Jackie I still like this a lot but after 10 episodes I don't understand the following point about Jackie. Why did she start work at All Saints and conceal her marriage? Do we find out? Also, I didn't believe for a second that she couldn't get that ring off. Also, minor thing but she whacks her middle finger - should have shot that again. But I simply love Edie Falco and Eve Best and Merritt Wever. They are all awesome in their own ways. 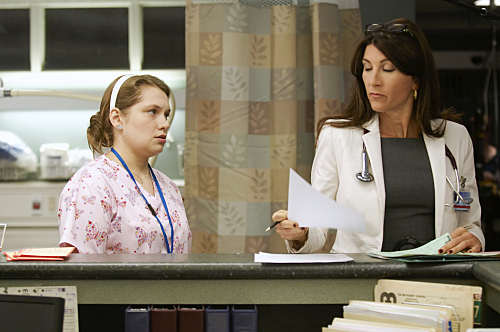 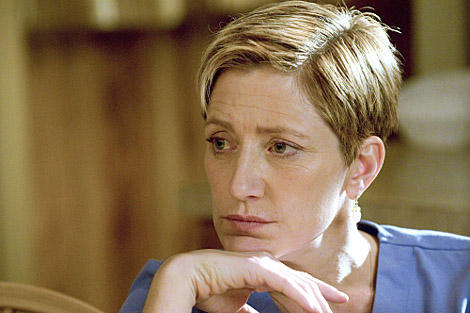 And Edie Falco is hot with that butch cut.

The Good Wife I started watching this on a whim on 4oD and I hooked but I don't really know why! It's a legal drama and I don't particularly like legal dramas (not since Crown Court anyway) and she always wins. And yet... It's quite amusing that both this and Nurse Jackie are vehicles for actors coming off big, big shows and presumably for most folks the actors come with a lot of baggage. Luckily for me I am oblivious. 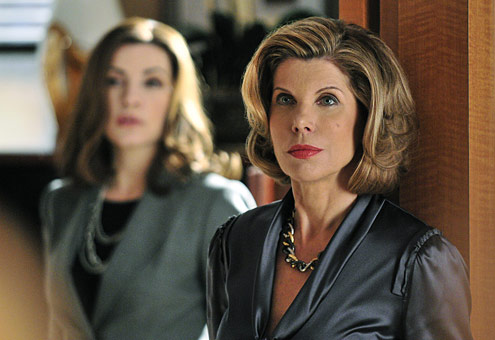 I am always aware that I almost exclusively comment on American programmes which suggests I don't watch British productions. However I do but they are mostly documentaries like (and this is from the past year only): A History of Christianity, The Art of Russia, Games Britannia, Shooting the War, Life, The Victorians, How Earth Made Us, etc. All made by or for the BBC and they are why I gladly pay my licence fee.