A short walk around Leith

I take a lot of photos and I upload a fair few of those to Flickr and there they sit. I'm a pretty good tagger but other than a lot of decent tags the photos generally lack context and a description. So I thought I might try a little photo blogging.

My parents have recently moved to Leith and I know very little about the area except that it is working class and used to be very industrial. Andy and I headed out to get cash and a newspaper and thought we'd have a wee wander at the same time.

There is still plenty of industry there but the heavy stuff is long gone. The docks are empty and the warehouses are conversions. This was a bonded warehouse (or just a bond) and lies between Breadalbane Street and Anderson Place. 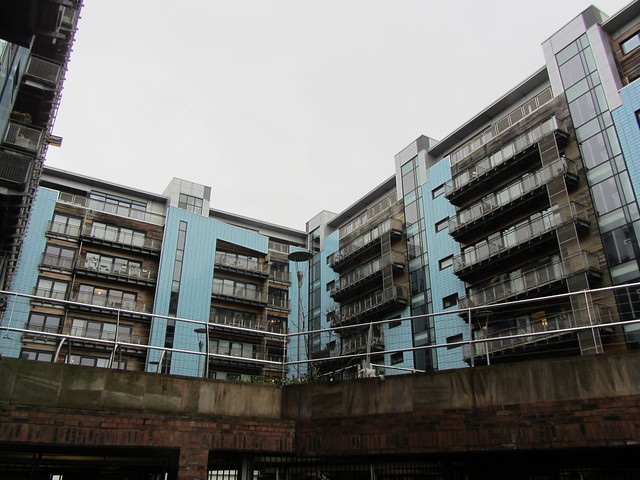 Andy and I walked through the arch onto Anderson Place to see these tracks embedded in the setts (not cobbles) perpendicular to the road and looking like they were heading straight into the John Lewis depot. 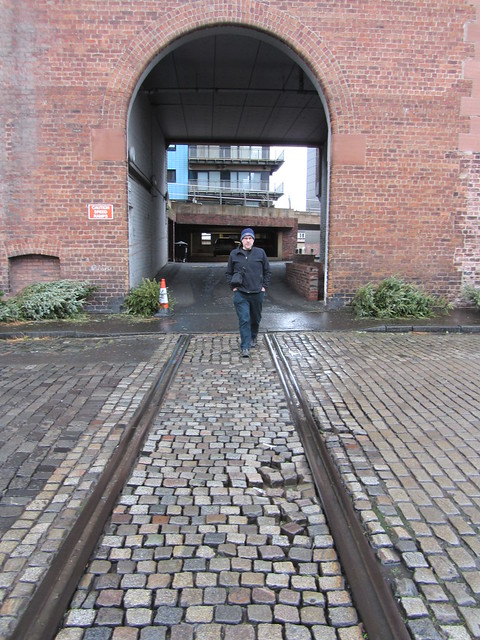 It was a nice touch not to dig them up but it is a shame the road surface is damaged (there is a more cynical view here. The area where the depot is used to have several lines coming over the Water of Leith from Bonnington. To which we headed to next. We walked along the Water of Leith footpath towards Bonnington completely oblivious to the notion that the Anderson Place tracks and the industrial remains we could see were connected. I did, however, remark that the area was an industrial archaeologist's dream. 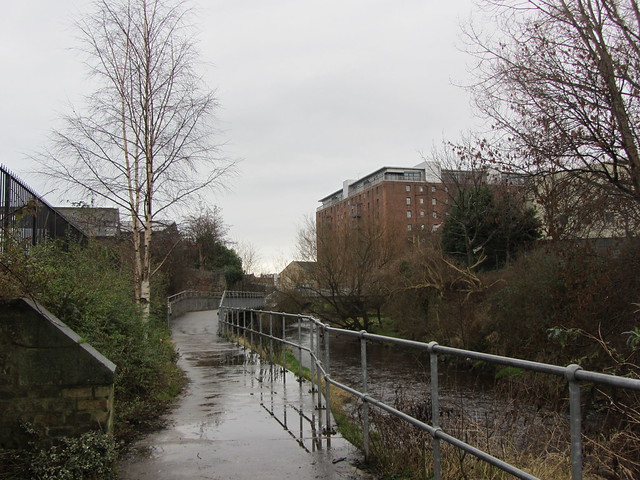 Nature is so powerful. I wonder how long it is has taken for this building to become so wrecked and so overwhelmed. 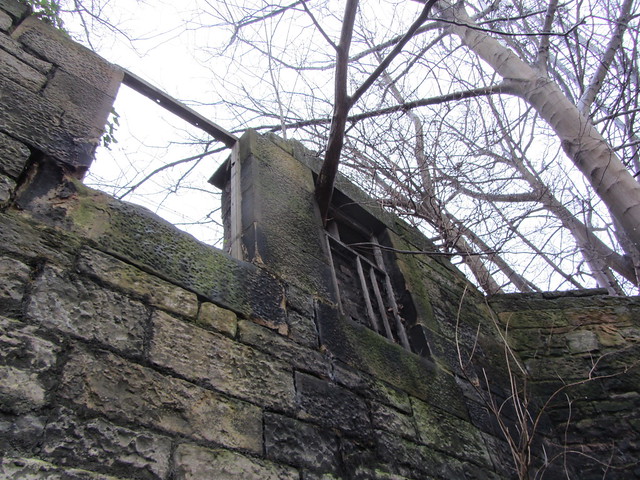 Spying Bonnington Bridge I assumed that I was looking at an old bridge but it was built in 1902-3 to replace the one built in 1812. From this distance you can't see how ugly and just how much the inscription rectangular thing is out of proportion. 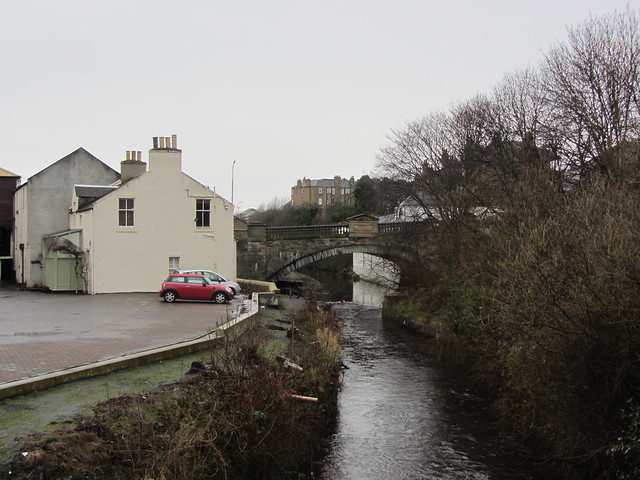 This waterwheel from nearby Bonnington Mills was a pleasure to see. The building behind is the wonderfully named Bonnyhaugh House. 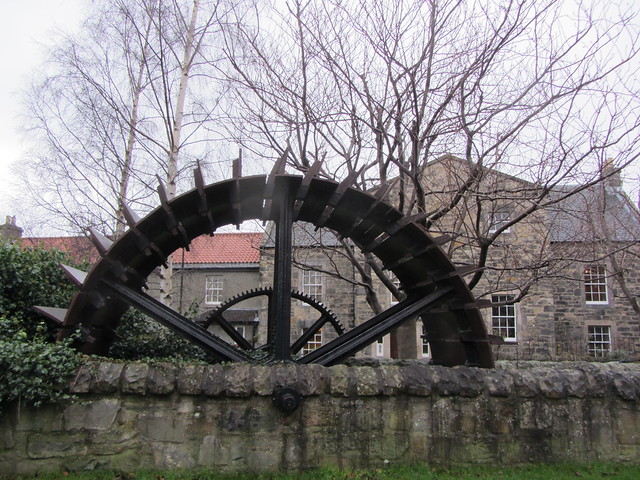 I have always said that when I leave London I don't want to move to another city but maybe I can make an exception for Edinburgh. Even on a bleak winter's day the view down Pilrig Street was lovely. 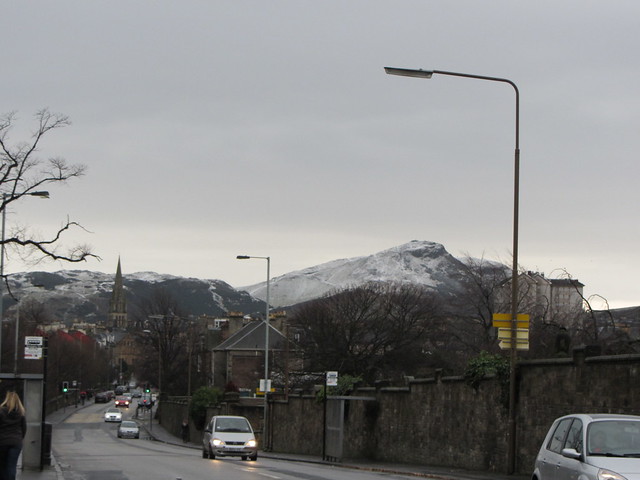 On to Bonnington Road and my eye (as always) was caught by an Art Deco building. It used to be a cardboard box factory but it is a shame it is painted in such an uninspired colour. 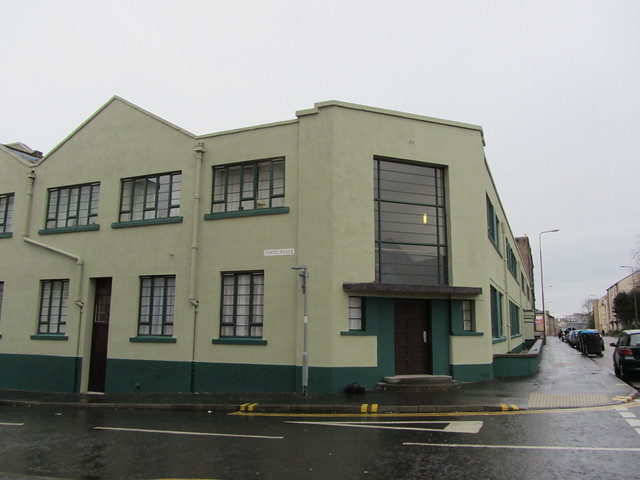 After finding a cash machine on Great Junction Street we went the wrong way to find a newsagent which was lucky in terms of photo opportunities. Such as this line of grey tenements with lovely bright number plates. 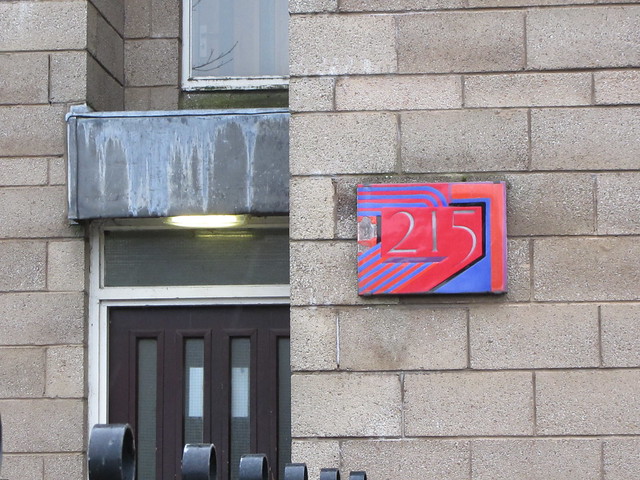 Oh look! More Art deco! This time a tatty old cinema. It was once the State and is now a place of worship for the bizarrely named Bishop Climate Ministries. 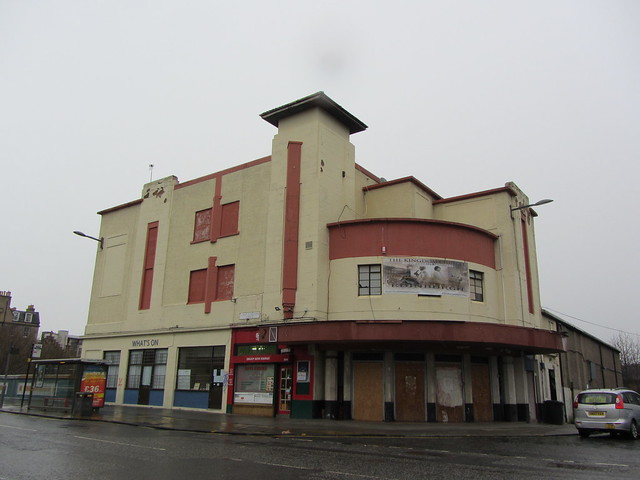 On to Ferry Road (we were near a newsagents now) where we discovered that Leith has a jolly impressive public library (and just as impressively it uses the Library of Congress Classification Scheme). 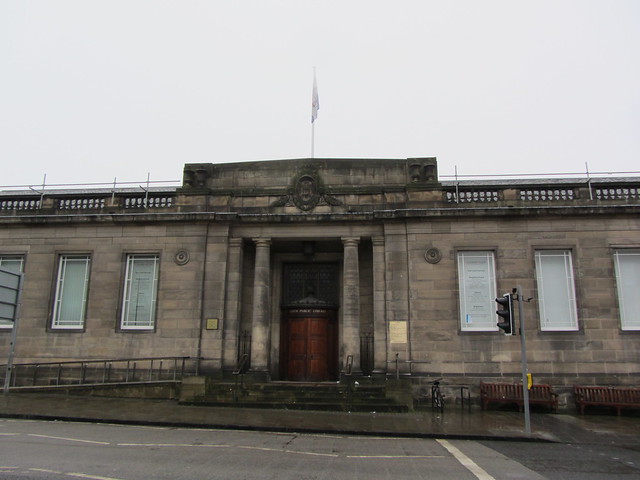 Opposite the library is J.D. Ross, a tailor's shop with a beautiful fifties typeface (well, I think it's from the fifties and I'm not even sure if typeface is the correct terminology for something on a shop front). 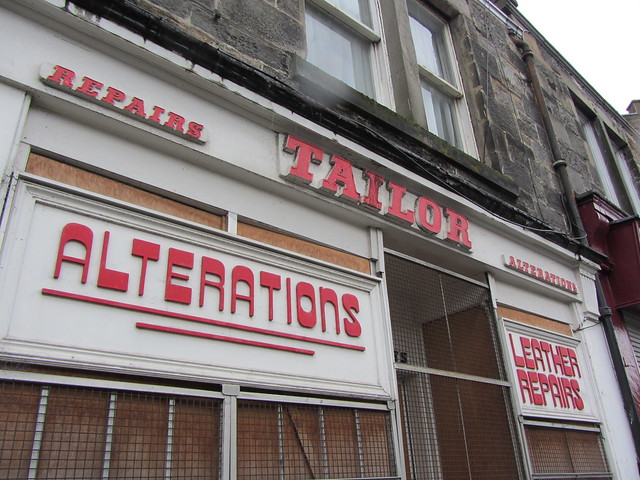 After collecting the Herald on Sunday, we headed back but not before stopping to look the faded but still grand 1986 gable end mural by Tim Chalk, Paul Grime and David Wilkinson. 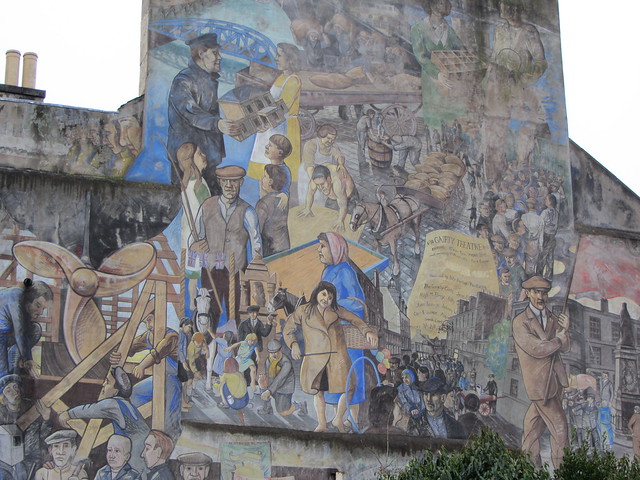 This section with the barrels against the wall felt like an ancient discovery. 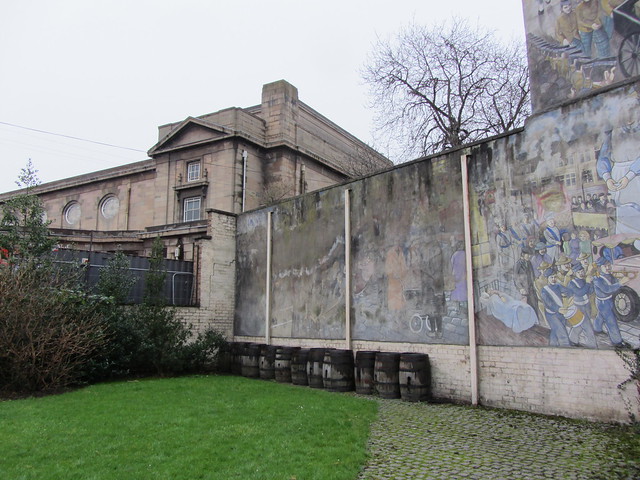 We then headed back to mum and dad's. It was a cold day but that didn't stop the hour or so's walk from being highly enjoyable.