I saw this at the BFI on Friday 10th January after a gap of (at a guess) 30 years since I first saw it. My tolerance for the depiction of domestic violence and sadism is much, much lower than it was then. And this film has lashings of that making it a thoroughly unpleasant watch. However, to counter that there were the sensational special effects (I wish they had toned down the teeth which mars the believability of Hyde) and the even more astonishing screen presence of Miriam Hopkins. 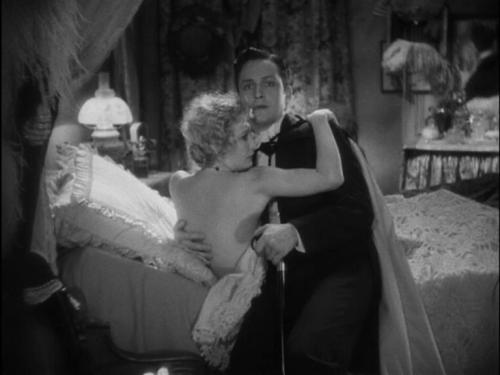 This may have been the film that made me a fan but it could equally have been Old Acquaintance or These Three or even The Heiress. She is so underrated and unjustly forgotten or, if remembered, it is as a footnote in the career of Bette Davis. I blame the words and reputation of Davis for the unattractive idea that people have of Hopkins. The idea of her being so unpopular that the crew came to clap Davis shaking the hell of her on Old Acquaintance even suffuses reviews of her role in The Smiling Lieutenant in which somebody can write complete nonsense about her on set demands when the evidence on screen doesn't support it.

Anyway, there is not a single second that she is on screen in this film that she isn't mesmerising and utterly convincing. Even her Cockney accent sounds all right at a distance of eighty years, after all, I think Joyce Carey sounds fake in Brief Encounter.

Frederic March is pretty good too.

While browsing I came across this still which is hilarious. He looks like he is in blackface while she looks like a ridiculous ham. Honestly, the film is much, much better than this. 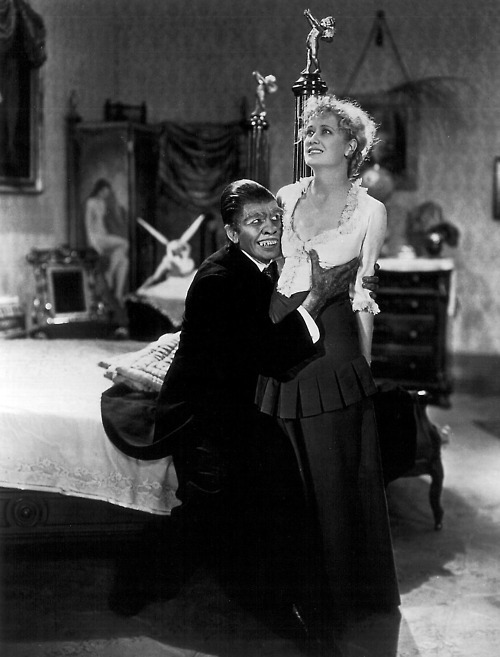 It is amazing what a poor still or trailer can do for a film: before Jekyll we were treated to the trailer for The Innocents which is just so inappropriately awful and gives everything away.