Phew, what a relief it is to get past these early sound films which have, in the main, been very poor. There have been plenty of enjoyable scenes, fancy special effects and camerawork, and some nice performances but none of the films have been good as a whole. Even the famous one (Blackmail) is better as a piece in its silent form than in its sound version ("knife!" not withstanding).

This was no The Smiling Lieutenant that's for sure. I can't be bothered saying much more than that. The director clearly had no interest in what he was doing and I'll draw the line there.

While I was looking for a suitable image, I realised that this film did have a redeeming feature and that was Frank Vosper. This screengrab doesn't capture the joyful way he owned his entrance combined with a beautiful bit of hat throwing.
[caption id="attachment_4223" align="aligncenter" width="636"] 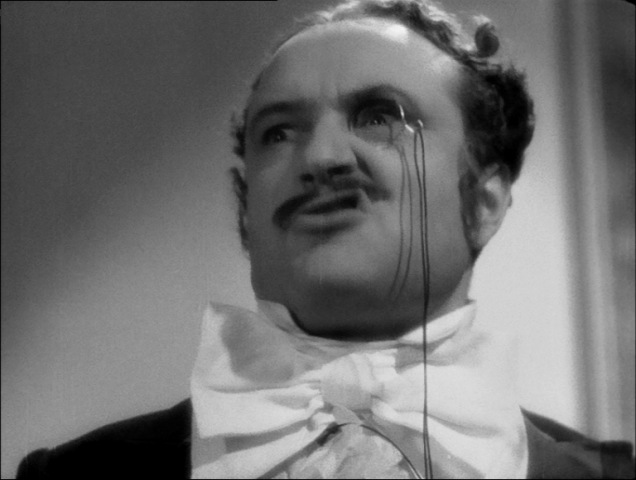 Thanks (as usual) to the 1000 Frames of Hitchcock project for reminding me of Vosper's performance.