In the outer world of the Internet there are two major discussions concerning the depiction of women in comics and getting women to read comics. These two topics are often not mutually exclusive because I guess there aren't a huge amount of women who read Nuts and other offensive non-top shelf magazines for the same reasons they don't read comics with covers like this.

I haven't read and have no intention of reading comics which are likely to offend me as a woman (life is far far too short). However, I do like comics so I have been lurking and absorbing suggestions for comics that women might like (I shan't get into discussing the notion that women en mass like anything because if that was true I would think Jamie Cullum was awfully cute). But on that note, here are some comics I have read recently: 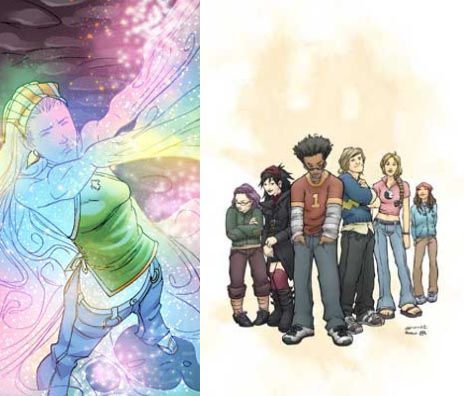