“And was there a lesson in all this huh? What did we learn about beer?” “Foamy” 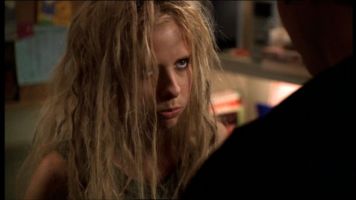 I owe Beer Bad an apology, ever since I first saw it I maintained it was the worst ever episode of BtVS (though I did waiver with Bad Eggs and Dead Man’s Party) but after eventually getting around to watching it again, I have to admit to enjoying it: a lot.

I do appreciate that its anti-alcohol message is undoubtedly heavy-handed and it is true that some scenes drag on particularly those not involving Buffy or Willow but what’s not to love about Buffy degenerating to cave girl? Can you imagine the first time SMG was told about this episode? So, Sarah, first you will be all mopey and jealous then you’ll get tipsy and start behaving childishly, then you’ll get really pissed which will also involve burping, then you will unable to talk properly but will communicate in single words and grunts and, finally, get to hit another cast member with a club (twice). She was either thrilled to get to show her range or deeply ticked off. But the end result is another of Gellar's great performances. I love the scenes between Willow and Parker though it’s a bit unfair that she generically talks about men when Oz never took advantage of Willow’s keenness to have “the sex”. On the other hand, Oz is busy elsewhere sniffing out Veruca’s animal magnetism. 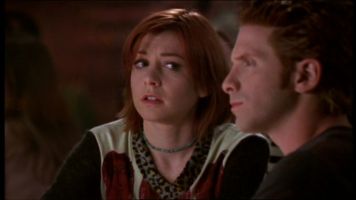