Andy and I struggled to the end of the second season and we won't be back for more.

Dull and, bizarrely, considering its subject matter, unimaginative with awful plotting and glaring errors in logic.

The series has managed to kill my liking for Greg Grunberg and is also responsible for the following: 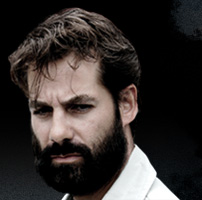 So what was I watching?