I love this film. I love it for a variety of reasons but the main one may be because of the wonderful performances.

Allison Janney is the Eve Arden of her day.

Michael Cera is awkward and shy in a way I bet he nowhere near resembles in real life.

Jason Bateman was convincing as the teenage middle aged man.

Olivia Thirlby tickled me greatly with her facial expressions (what does "sexually active" mean?) and my favourite bit "I know, right".

Finally, Jennifer Garner played the most difficult part so well. She had to make the most conventional character the most sympathetic and interesting. Her face when she feels the baby kick is radiantly beautiful. She made me cry then and at the end. 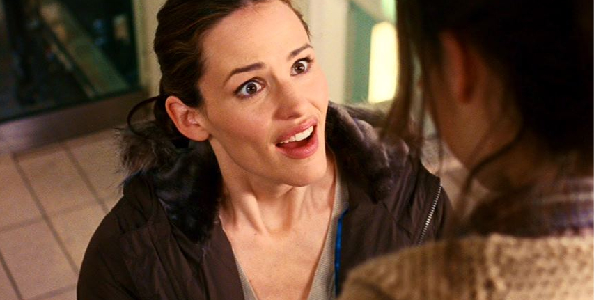 The hate directed at this film is astounding and almost baffling in its intensity. I have a theory but I would, wouldn't I, think that? Some of the complaints are ridiculous such the one that Diablo Cody's dialogue is unrealistic because no-one speaks like that. That strikes me as daft as complaining that the dialogue in Buffy is unrealistic. So what? Juno is actually not at all in any shape or form a realistic film. No-one announces to their parents that they are pregnant and have prospective adoptive parents lined up to such equanimity.

If I have a complaint, once again a gorgeous woman (girl) is partnered with a plain man (boy): not that they aren't cute together.