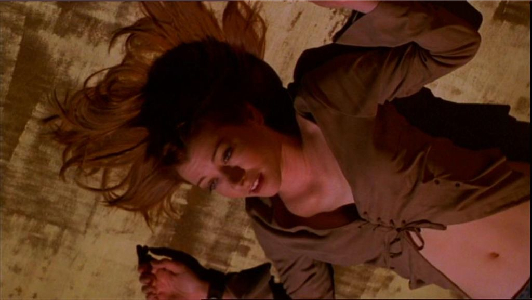 "Wrecked" indeed. Willow goes off the rails and almost derails Buffy the Vampire Slayer along with her.

I actually like the idea of Willow being in thrall to the power that magic gave her - her self-pitying words at the end ("if you could be...you know, plain old Willow or super Willow, who would you be?" and "Don't I? I mean, Buffy, who was I? Just...some girl") actually make sense in that context. However, I detest the notion that she is addicted to magic. It was such a stupid idea because as we discover it neutered her character for long stretches of season 7. Willow could have gone dark in a host of ways if the plotting and writing had been better and if the metaphor of her visits to a (c)rack den hadn't been so heavy-handed: heavy-handed to the degree that I felt I had dropped off the ceiling. 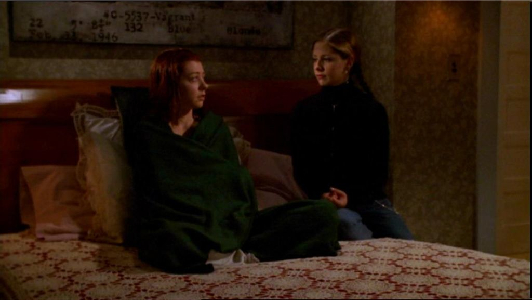 A lot of this episode didn't make sense anyway. The timeline was wrong with Buffy and Spike talking about last night when they meant the night before. And Amy's rapid descent from bright-eyed and impressed ex-rat to drug-addled thief was unbelievable. As was Willow's passage into addiction and descent to her lowest point over a three night (or two if you believe the script) passage of time. 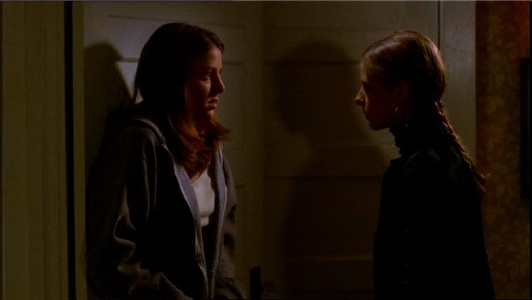 I may not like Buffy's story but I am convinced by it and as long as they don't have sex I'm okay. (I still can't get over that these episodes were broadcast at eight o'clock in the USA.) Buffy is using Spike and she hates what she has done and what she is doing and she hates herself. I understand the appeal of James Marsters as Spike but I think his Captain Peroxide hair has got out of hand and our over-exposure to his Iggy Popish sinewy body is a bit ewy. 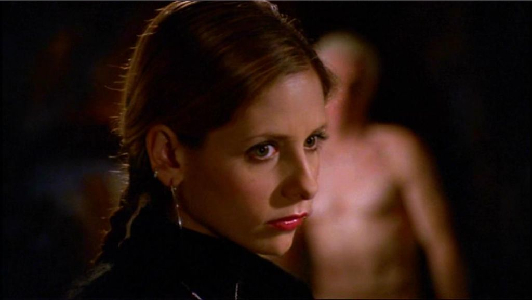 Sarah Michelle Gellar impresses me with her comic touches. Her facial expressions in all their shades of incredulity and disgust with Spike are hilarious.

There is one line that Dawn has to say that is just appalling. If I was disturbed by the "ridden hard and put away wet" line in the season 8 comics then "It was like a meat party in my mouth" line is really really tasteless.