Beg for your life, or I'm going to kill you 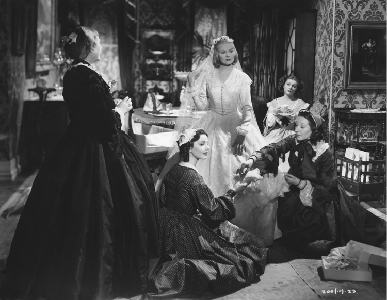 As you would expect this is an impeccably made film by a true great. However, the other British great, Alfred Hitchcock possibly might have made a more involving film.

Ann Todd was icy as Madeleine. Actually what I mean is that icy Ann Todd played Madeleine and that cold centre of the film made it all rather mechanical. I did like the unequivocal ending with her face giving it away.

I've just realised Ann Todd was in The Paradine Case so maybe Hitchcock might not have improved this.

There was one outstanding scene when Madeleine persuades Emile to dance. She twirls, he gradually gets into the rhythm (stick and all) and soon they are dancing as uninhibitedly as the villagers in the valley below, and this scene is incredibly sexy. Seriously, I don’t think I have seen a dance scene that was quite so effective before. 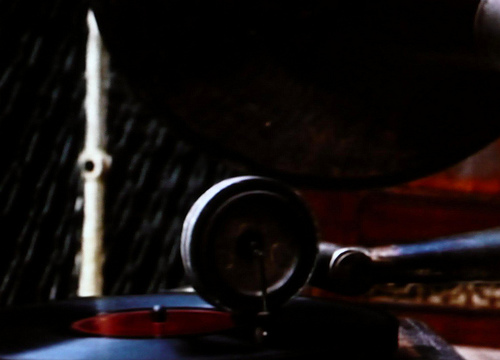 We made Adam watch this by telling him it was about a man who drags a boat over a hill. That is true, of course, but we hadn’t bargained on approximately an hour of film before he even gets his boat. Once it got going and Claudia Cardinale’s disturbing dubbed breathlessness was left behind this became compelling viewing.

Kinski made have been bonkers but I reckon Herzog isn’t too normal either. Not that I’m complaining when people make films on such unlikely subjects and take me to places and eras I’m never going to experience and make fantastic and magical films.

This is a stupid film and Professor Maggie Walsh, I mean, Professor Margaret Ford is stupid for the majority of it.

Lindsay Crouse’s performance is wooden and unemotional but I have less of a problem with that now than I did when I saw this in the cinema on its first release. She is just a strange actress and she is, at least, better than Rebecca Pidgeon. I’m not sure what to make of the practice of directors casting their wives in films: it often leads to strange and uncomfortable dynamics.

I like Margaret’s revenge and I do dispute Mike’s assertion that he never hurt anyone. I think humiliation comes extremely close to hurt.