So the man who said his wife, Cally, smelled of boiled cabbage, who must also have known from Tory's memory that Cally was about to commit murder and suicide, who called Boomer and Athena blow-up dolls, who broke Cally's jaw, who stopped loving his son as soon as he realised he wasn't his biological son, and who was responsible for Hera being kidnapped gets to live but an underwritten, underused Tory gets her neck broken? I'm not arguing she didn't deserve to be punished but by Galen "Chief" Tyrol? Tigh's snarky comment to Chief afterwards that nobody cared about her didn't help matters.

Other remarks: the flashback scene when Boomer is chastised by Adama and Tigh who were both drunk was repulsive. They were laughing and sneering at her and I don't understand why the scene was written like that. It was horrible.

The finale was good enough considering the poverty of what we had been served up ever since they found "Earth" although it was rather endless once they reached the real Earth. There are huge problems with the finale but I'm not that bothered by the implausibilities and impracticalities. The show went downhill from the moment they left D'Anna on "Earth" (the awesome Lucy Lawless was not able to appear in any more episodes) and that affected the plot.

I enjoyed watching Battlestar Galactica but I'm glad it's finished. 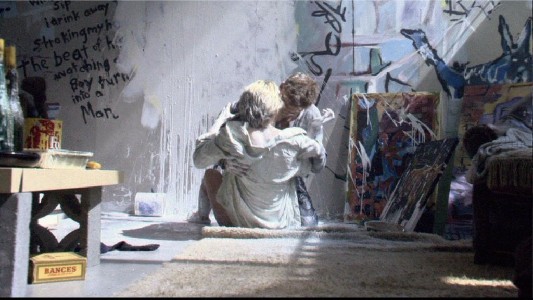