No. It’s just that my people are Nordic.

Oh dear, that was hard work. Don Draper is a bastard. I didn't like him at all at any time in this episode. His use of sexual violence was horrible no matter how horrible she was and I'm dismayed that some commentators think it was actually hot. It was also implausible. Where were they? It was a public place where anybody at any time could have interrupted them. Ach. 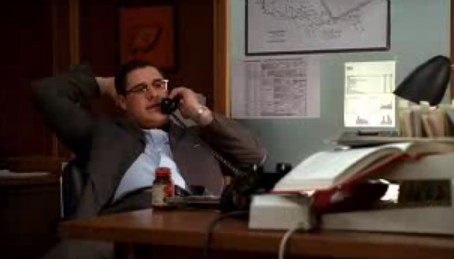 Otherwise, I DISLIKED everything else except Betty's response to the accusation that she was profoundly sad.