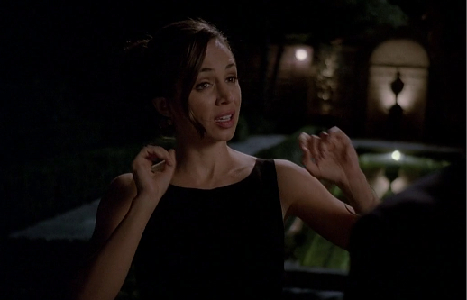 Eliza Dushku has a limited range has an actor (that’s okay, so did Doris Day) and that was quite evident in “Haunted”. Dollhouse isn’t a vehicle that suits ED but I am struggling to see what actor could manage it.

This episode was the Dollhouse meets Miss Marple. Jane Marple was always being parachuted into people’s homes to undercover a possible crime. I missed the part when Echo was invaded to stay in the dead woman’s bedroom. Rich people with large houses often find they have to accommodate strangers this way even with wills of introduction. 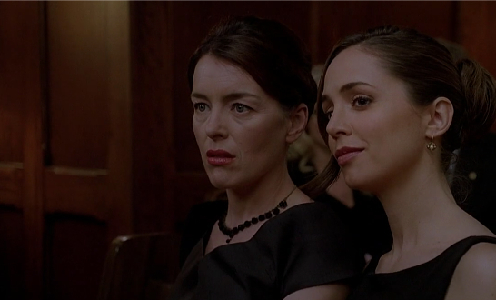 The funeral service scene was awful. I fully expected the other mourners to turn round en mass and tell these people to stop being so bloody rude and shut up.

I enjoyed the Topher and his best friend who is just like him for one scene but otherwise I find Fran Kranz hard to watch for more than a few seconds.

The problem with MOTW eps like this is the challenge to get you to care about the characters in the “mission” storyline who you are never going to see again. Neglected daughters, loser sons, and young husbands – it’s hard to care about such cardboard characters. Dead Like Me did MOTW (where the M stands for mortality (noun)) episodes much better – the gay couple episode called “The Bicycle Thief” was deeply moving. 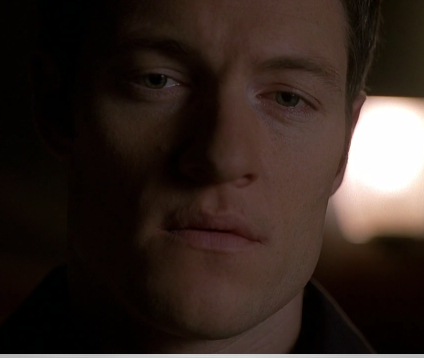 “Haunted” was redeemed for me by the compelling Paul/Mellie storyline which was full of disturbing and revelatory things:


[If you want a more considered analysis of Dollhouse, then Charles over at Heartache with Hard Work is doing a great job.]

Miracle Laurie seems to be the Amber Benson of Dollhouse – in lots of episodes but not in the opening credits.

Somebody in the costuming department has a stiletto heel fetish.