And stay away from hyena people, or any lizard-type athletes, you know, or if you see anyone that's invisible. 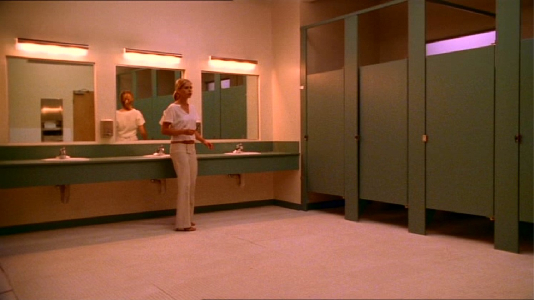 I turned to Andy at the end of this and said “here's hoping the rest of the season is as good as this”.

My heart sunk when Spike appeared because insane characters don’t entertain me at all.

...I only tolerated Tara in S5 because, you know, Amber Benson.

...and River because, you know, Summer Glau (and because I had seen Serenity first).

...maybe it’s because Spike and Dru don’t entertain me.

...okay, maybe it is just my low Spike tolerance.

I’m not buying that anyone could think that Buffy was Dawn’s mother but it was funny and Michelle Trachtenberg was sweet without being patronising.

Who's got the power?
He does.
Never forget it. Doesn't matter how well prepped you are or how well armed you are. You're a little girl.
Woman.
Little woman
I'm taller than you.

Often Hollywood can't fake England without it looking like Random Harvest so it was fun seeing genuine English locations. 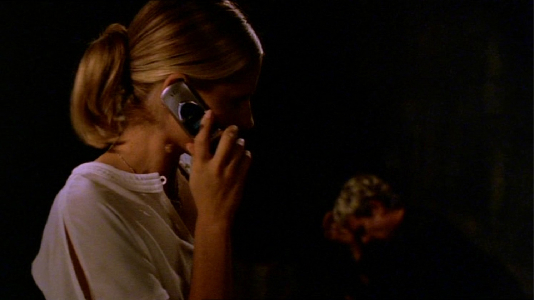 It’s sad that Xander has moved on to wearing a suit and driving a snazzy car while Anya has coffee while seated on uncomfortable stools with her only friend listening to a drippy duo. I’m sure this is a point that could be developed further. 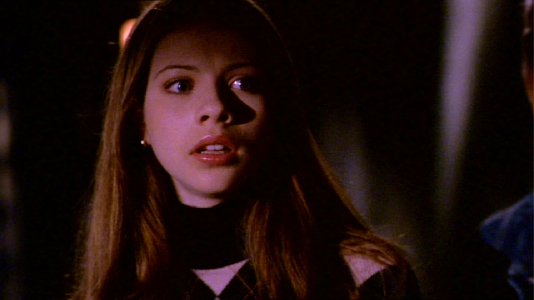 It was nice having some quippy vampire dusting in the pre-credits sequence and it was nice to have a MOTW episode after the a stretch of breathless arc-y stuff at the end of S6. And you can't beat a "duck" joke. 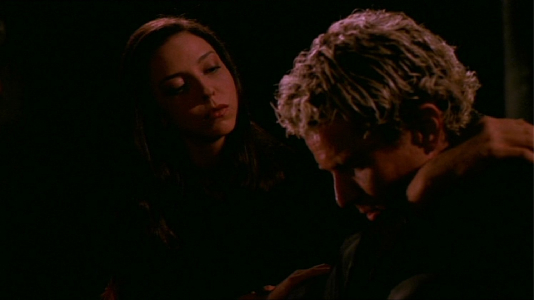 The ending with Spike being tormented by Warren, Glory, Adam, The Mayor, Drusilla, The Master and Buffy was a handy S7 mission statement:

And that's where we're going...right back to the beginning. Not the Bang. Not the Word. The true beginning. The next few months are going to be quite a ride. And I think we're all going to learn something about ourselves in the process. You'll learn you're a pathetic schmuck, if it hasn't sunk in already. Look at you. Trying to do what's right, just like her. You still don't get it. It's not about right, not about wrong...it's about power.

[Spoiler: Dru touches Spike but I remembered that the First couldn’t touch anyone or is it different for vampires?]