People were fighting on me

I appear to be in a minority (but not a minority of one) in not particularly liking this episode. I’ll save my complaints until the finale since the two as a whole may hang together better for me. There may even be an explanation for the Dollhouse’s abysmal security but it will have to be good to explain why an organization which is so rich that it is able to set itself up as a self-contained unit has pathetic security systems that allowed Ballard and Alpha such easy access and for them to wander around for ages and with such effectiveness (well, one of them was effective). 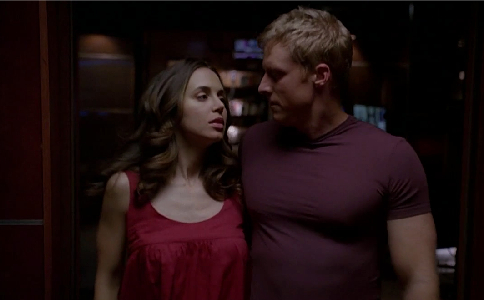 The way they attracted the random Doll’s attention in order to nick his clothes was silly too. The dolls have been presented as childlike not zombie-like so at least they could have given the random some dialogue.

Anyway, I do wish Ballard had thought a little harder before shagging Mellie in the last episode. I guess he was supposed to come to his senses in the shower the day after and decide to break up with Mellie so he could pursue her (and once again, great DH security there allowing him to follow them). Still – creep.

And you know, maybe I have moved to the position that is difficult to like this show because there is no one to root for. I’m not totally against moral greyness (though I’m not sure if I can think of anything comparable I do like) but do I like watching it week after week? Not really. And I am mighty fed up with being told that, along with others who don’t like the show, it’s because we need “instant gratification” or lack the brains to give it “hard intellectual and emotional work”. Sigh.

Ballard’s rubbish, the DH staff are compromised by the mere fact of working there plus all their other faults, and there are the dolls who are all blanks and when they are likeable imprints they are doomed to be wiped. And there is Echo but I’m don’t really care about her either. 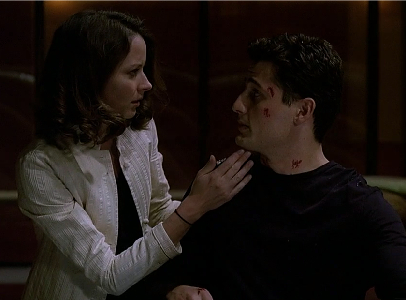 I do love Olivia Williams, Enver Gjokaj, Amy Acker and Miracle Laurie but liking the actors and their performances isn’t enough to make me love the show.

In the welter of criticism of Eliza Dushku’s acting it has slipped by that there is a worse actor on the show and he was quite awful in “Briar Rose”. He may be the reason that Paul is such a creep. 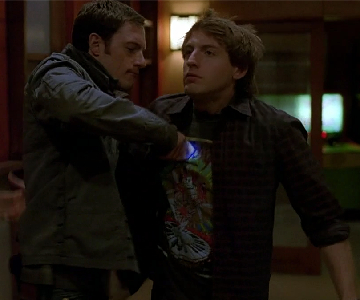 The Whisky incident is interesting because I assumed Dominic was talking to Dr Saunders but he may have been looking at Boyd. Either way it doesn’t really make obvious sense because why would Dominic address someone who doesn’t know they are a doll by their doll name? But! I do know that it was Saunders he was referring to because she wears high-heeled shoes and, as I know, there is a high-heel fetishist in the costume department. I was spoiled for Alpha’s identity (despite trying not to be) but that didn’t stop me from being completely shocked by what he did to Victor.