What if their problems are all weird and tricky?

Season 7 is now 3 for 4 which isn’t bad, I suppose. This strongly reminded me of “Reptile Boy” from way, way back. However, it was better than “Reptile Boy” even if it was relatively predictable until Cassie’s death which was totally unexpected and yet satisfying. Buffy cannot help everybody. Actually, that theme may have been touched upon before. Maybe in S5. Oh, anyway, I enjoyed this rehash of old stories and themes with added Amanda (“and I slammed his stupid-ass insecure face right into the pavement”). 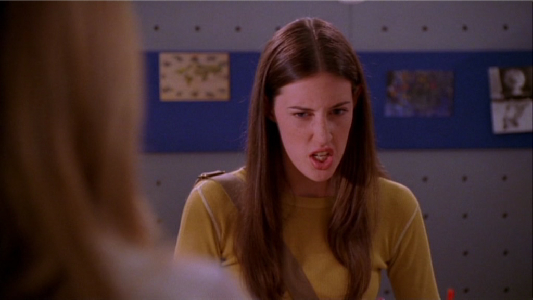 Obviously there is still that elephant in the room. Maybe Xander might have mentioned Tara to Willow as they were walking to her grave? Maybe. 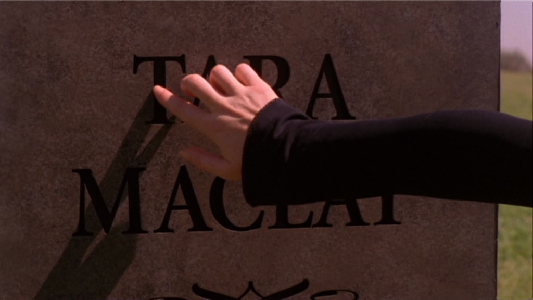 Buffy knows an awful lot about the Foreign Legion.

“Have you Googled her yet?”

“Look, all I'm saying is that this is normal teen stuff. You join chat rooms, you write poetry, you post Doogie Howser fan-fic. It's all normal, right?” – who knew Alyson and Neil would be together in a Friends type environment? 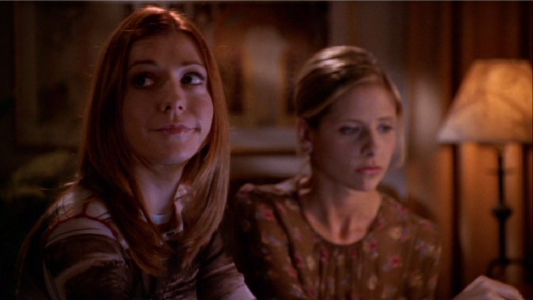 We lasted such a long time without Spike in this episode. No Anya at all.

I love it when Buffy catches the bolt (that is some booby trap) and then Cassie dies. 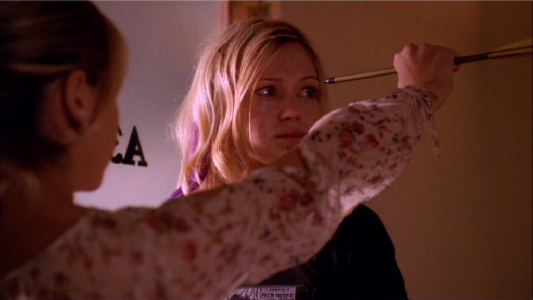