Fluffy. Fluffy the dog. The dog you don't have.

I am naughty. I watched “The House Always Wins” ages ago and forgot to blog about it.

Erm, it was a bit rubbish really. 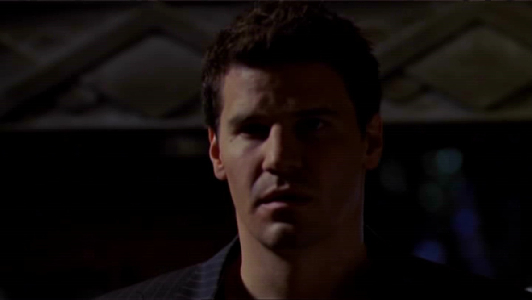 Gunn: Yeah, great work. How you sold Angel out…boy, DeMarco must have wet his pants when you told him what a ripe destiny that was for the pickings. A champion to
save the world or destroy it.
Lorne: You really believe I'd do that?
Gunn: I don't know, Lorne. I don't know why you did any of it. What, you were living so large, blaring Tony Bennett so loud in that sweet suite of yours, you couldn't hear your conscience screaming at you!
Fred: Charles, it doesn't matter.
Gunn: It does to me. I wanna know, Lorne. Why didn't you just say no to that piece of…
Lorne: I did! The first time he asked me to, of course I refused. So he blew a girl's brains out right in front of me. And he said that's what I could expect every time I said no.