Sorry to barge in. We have a slight apocalypse.

Bring on the Night (Marti Noxon and Douglas Petrie)

The Potentials have arrived and only one of them isn't annoying. So far.

Why, oh why, did it have be Annabelle that ran? If it had been Molly then we would have been spared any more of Clara Bryant’s atrocious English accent. Even Dick Van Dyke and Juliet Landau’s were better. It was so bad that it occasionally sounded Australian. Also we don't say trash, we say rubbish, but we do say biscuits for cookies so, in the course of two lines of dialogue, it's was one all.

This is going to be a weird sentence but I like Kennedy. So far. She's feisty and has spoken sensibly. So far. I do take issue with her flirting with Willow because that is one heck of a lesbidar she has. After all, some people even now still maintain that Willow isn't gay. 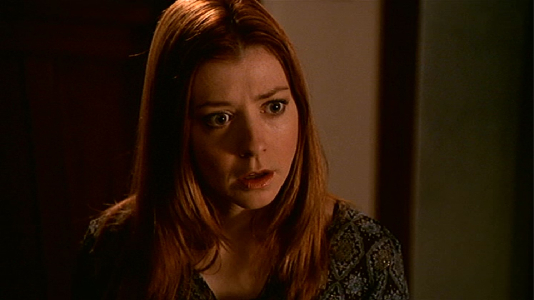 Dawn and Anya's behaviour in this was awful. Really unattractive and horrible. Dawn is now annoying me. It would be hard to sell the terrible dialogue she has had in this and the previous episode about Buffy's "illness" at the best of times but she is failing.

Coupling Dawn and Anya's meanness with Spike being used as a punchbag made this unpleasantly violent to watch.

The fight scenes were well done (fighting and hitting vulnerable people is different) although I am concerned about just how Buffy is going to beat this single uber-vamp.

Buffy has dreams. Buffy's dreams are always significant. Does Buffy tell her friends about her dreams? Of course not.

Oh dear, Willow has been possessed by the First Evil and really, really doesn't want to do magic anymore. Great. I can't say that I'm sad that she eventually gets over this.

"Sorry to barge in. We have a slight apocalypse" but not the one that is happening up the road in LA. 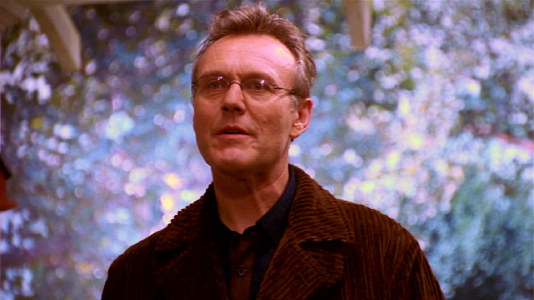 Once I stop thinking that Andrew is weak and was far too easily led to commit murder, I find him amusingly nerdy. His interjection of "and it cost them their lives!" was very funny. And this was great too: "I admit I went over to the dark side, but just to pick up a few things, and now I'm back". 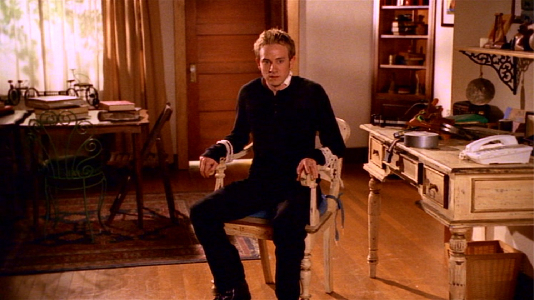 Giles is awfully negative, isn't he? Maybe he was trying to get Buffy pepped up to get her to make the first of many speeches (I do remember that from S7). This was in a call to arms that required full attention because it starts off unpromisingly.