Can we at least make fun of it? 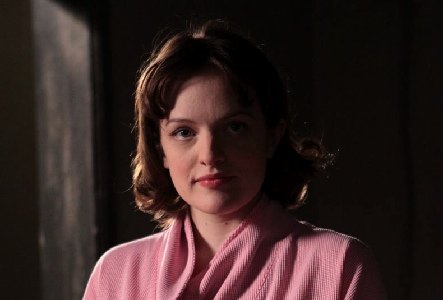 For once, I couldn't care less about Betty's storyline. As far as I can tell the Draper domestic scenes were put together for one reason and that was to get Betty's dad into their home. Betty's antagonism towards William's wife was inexplicable; Don's bossing of William was weird; did pregnant Betty really want a vulnerable person in her house weeks before the arrival of a new baby?; should Don have clarified that with her?

Did children in 1963 constantly watch TV? Or did the children leap in front of the TV just before dad came home?

One other scene didn't seem right to me (although I enjoyed it just because I love VK as Pete) involved Paul's outburst to the Madison Square Garden people. It was startlingly inappropriate and unprofessional. Folk have been fired for less.

However, overall I much preferred this to the first episode and I can put that squarely at the feet of Peggy and Roger. Now, I can't stand Roger so I enjoyed Betty's offhandedness towards him; the look between him and Joan; and the scene between his daughter, ex-wife and future son-in-law where it's clear that nobody likes him; these moments cheered me up no end. I also like that John Slattery and Talia Balsam are married to each other and get to pretend to be estranged. For some reason that amuses me.

On to the character that I like. This was Peggy's episode and Elisabeth Moss has totally won me over to her portrayal. The reaction to her one night stand is interesting. Do the male characters have their self-esteem issues critiqued in quite the same way? I don't think it will have had a negative effect on her self-esteem or boosted it tremendously but she will have found it a useful experience. She slept with the young man on her own terms and she proved to herself that she was not unattractive and could pick up a man if she wanted too.  All I hope is that whatever the two of them got up to involved reciprocation.

Peggy singing "Bye Bye Birdie" into the mirror was a highlight.