We should have been forever 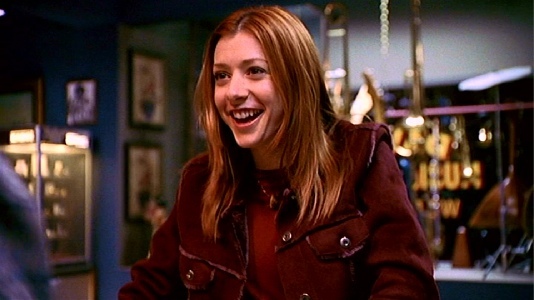 The Killer in Me (Drew Z. Greenberg)

This is the Buffy has a cold episode. It has three separate story-lines of varying degrees of interest. The Spike story is as engaging as any Spike story this season although the funniest joke came about because of this line: "Who you gonna call?" Both Andy and I said "Ghostbusters" and then Spike spoke again "God, that phrase is never gonna be useable again, is it?" (very funny Drew).

Giles had a wonderful exchange with Buffy at the beginning and I reckon her description of the vision quest was pretty accurate although she appears to have omitted mention of the gourd.

I am obviously a keen and close watcher (ho ho) because I was blissfully unaware first time viewing that Giles was behaving out of character and that many many people thought he might be the First. Oh well. 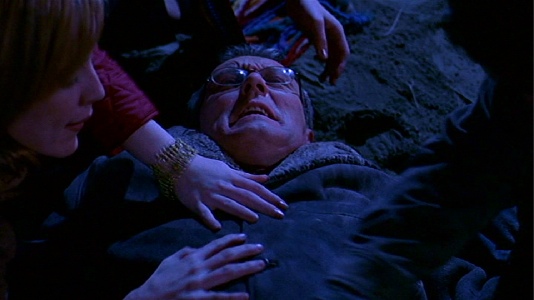 Giles being pounced on by "a teenager, a powerful former demon, and two big geeks" was very funny and although Giles's line: "you think I'm evil...if I bring a group of girls on a camping trip and don't touch them?" was ooc, it was still the second funniest joke in the episode.

My initial reaction to the Willow story-line is that it was well acted and nicely dramatic.

I don't understand why Joss & co thought that Willow should get over Tara and find a new partner over the course of S7. If you remove my bias towards Tara, it still doesn't make sense. The death of Tara resulted in Willow doing unspeakable things (that's obviously a turn of phrase because Willow blabs it all over the place as if it wasn't that important (including in LA)). But, anyway, why should she get over it and move on?

I actually find Iyari Limon quite appealing as Kennedy. She's okay. She's no Seth Green or Amber Benson but she is okay.

What isn't okay is her behaviour. From the very beginning she has behaved in an inappropriate and pushy manner. From the moment she sees Willow she is flirting with her. And in this episode she fakes illness and asks intrusive questions. I totally understand the dislike of her character because of these reasons but, don't blame her, blame the writers. However, I do draw the line at Kennedy being Prince Charming and kissing Willow's misery away. 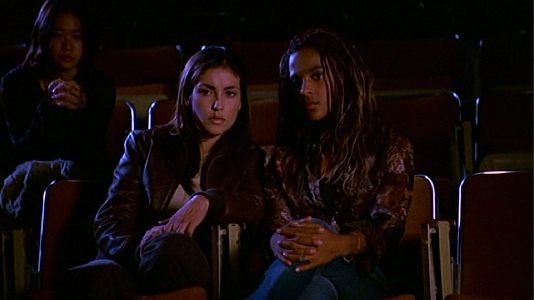 Amy's involvement doesn't make sense and her motivation even less so. Amy is jealous of Willow's ability? How could she know? Amy was a rat for most of the time that Willow developed as a witch. True, she had ensouled Angel but floating a pencil was hard work and we only saw her doing that after Amy was ratted. I would totally have believed any explanation from Amy that involved her being upset at being a rat for three years. 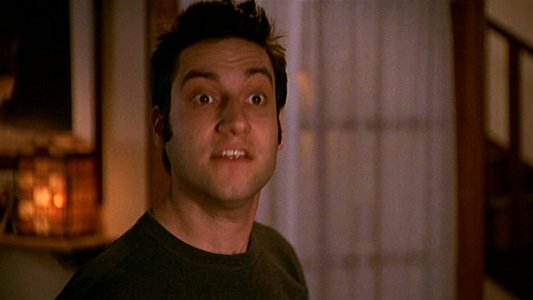 So the best thing about this episode is that Tara and Willow's feelings about her were directly referenced.

Writing all this down makes me realise that on a superficial level this episode dealt with a lot of issues in an easy to swallow way. However, digestion is bloody hard. 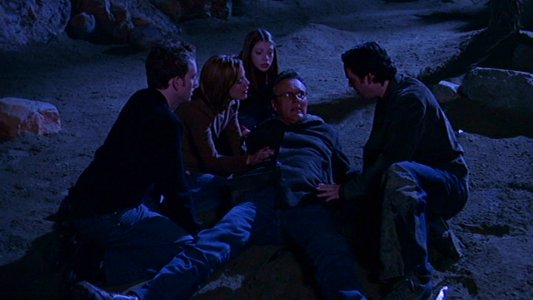