Did I fall asleep? For a little while.

This blog hasn't died. It may be hibernating a little bit.

I may start "reviewing" Buffy in January when we start rewatching it with Adam. He has only seen a handful of episodes from before S4 and maybe by the time we get to S6 he'll be able to stand Spuffy. Though...I don't see why he should when I can't, but at least he may be physically able to watch it rather than giving up in dismay when Spike and Buffy started snogging regularly (and anyway, there were episodes in S6 that a 12 year old shouldn't watch).

We finished Angel and thank you, Andy, for struggling along with me as we negotiated the final season. I may have fallen out of love with Joss Whedon and coupled with the unravelling of Dollhouse, I have become increasing more estranged from the fandom which adores all that he does (and I thought I was one of them too...). I see terrible dialogue, awkward exposition, two dull leads, fine actors struggling with their lines, illogical plotting, a villain motivated by jealousy (which, admittedly, was good enough for Shakespeare but bores me in the 'House), fake out deaths, etc, and I don't like it very much. I do love Enver Gjokaj (and his hilarious turn as Topher did reveal it is Topher I can't stand not Fran Kranz so apologies to him) and Olivia Williams (but even she falters over the poor dialogue at times and her costuming is unflattering and makes her look like she frequents Bhs) and I am grateful that I get to see them on my screen. 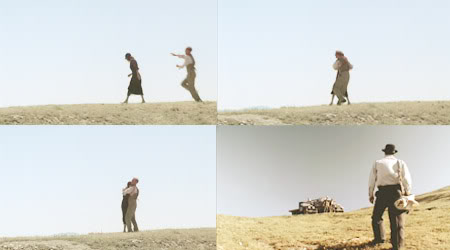 We have started watching Carnivàle and, despite the nagging doubts I have over what is unresolved at the end of S2, I do like it a lot. Nick Stahl is a little lightweight as Ben but the rest of the cast are wonderful. I particularly like Patrick Bauchau as Lodz, Michael J. Anderson as Samson and Clancy Brown as Justin, and I have liked Clea DuVall since "Out of Mind, Out of Sight" and it is refreshing to have a leading lady who looks like somebody you might meet in real life. The last episode we watched "Pick a Number" had a devastatingly horrible ending with Dora Mae being left in Babylon to be raped for eternity. The photography is stunning, the music superb and the theme is most unusual. I like the fact it is a period piece and the atmosphere of the carnival is well presented.

ETA: Mad Men! What a show. Love it. Read and absorbed too much to write about the final episodes with any degree of originality but best show on TV by far. It wasn't always satisfactory (Miss Farrell for a start) and a few characters were neglected but always gripping.