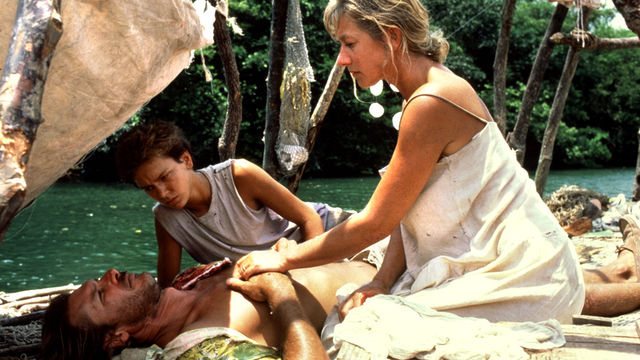 With the exception of Picnic at Hanging Rock, I don't think you can say that Peter Weir is interested in telling stories about women. In this, the redoubtable Helen Mirren plays a woman who doesn't even have a first name but is known as Mother and is a mainly passive character. However, in the film's defence, the character is no different from the one  in the book on which the film is based but what a waste of Mirren. Additionally, everyone but Allie Fox is a cipher, even the narrator played by River Phoenix is barely there.

The set piece explosion is fantastic and I think the film is generally compelling but because it is strongly reminiscent of Aguirre, the Wrath of God and Fitzcarraldo, it just seems pale by comparison. Certainly, I enjoyed it a lot more than I did before I was familiar with Herzog's films.