Adam really perked up when that car crashed into the Sunnydale sign. And who can blame him? The next three seasons are going to be bleedin' great.

I don't understand why Spike isn't one of the most famous vampires ever because he killed two Slayers. Killing just one should make any vamp famous, shouldn't it? So Giles' ignorance of him really bugs me.

I think my original review was skimpy and a little unfair though the episode is not without its problems mainly due to budgetary issues as far as I can tell, e.g., too few sets available and too few extras. However, it is full of good things like Buffy's French, Angel using Xander to try to trick Spike, Joyce coming into her own, Cordelia laughing at Buffy's plight, Cordelia complaining that she had been at work for at least three minutes, Cordelia praying, the Annoying One getting it, etc.

And what is definitely true: Spike and Drusilla's accents are appalling. 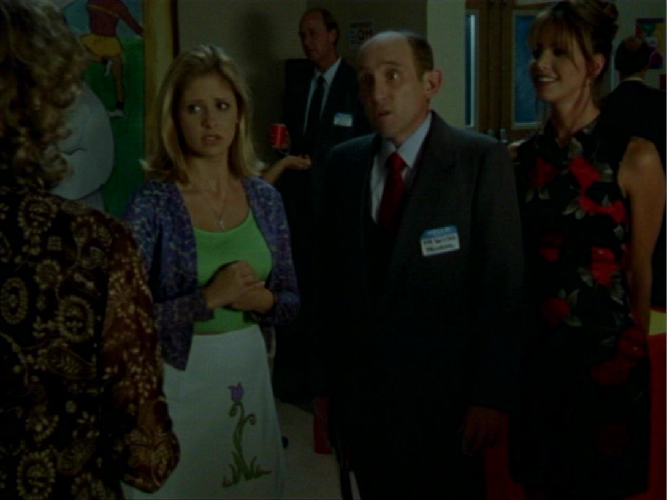