This could never be one of my favourite films - in fact, I'd be happy not to see it again - because essentially it boils down to a character being mentally (and physically) tortured. The writers of the source material, Boileau-Narcejac, also wrote the novel on which Vertigo was based which also has two characters being tortured.

It is brilliantly made but it is all rather heartless (oh, I am clever). What adds an even more macabre aspect to it is the fact that Véra Clouzot died in real life from a heart attack. How horrible is that? 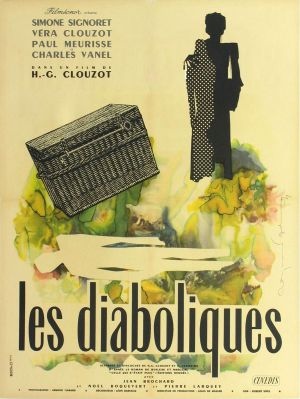