Um, I'm not sure you should say "sex poodle" in your vows. 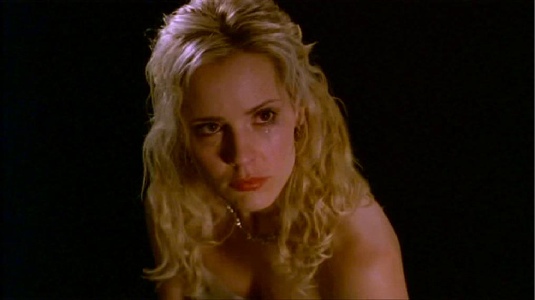 Another divisive episode, which seems par for the course in season six. I like a great deal of it. I’m not keen on the notion of the demons at the wedding and how they could possibly pass for any kind of human. And what kind of explanation could there be for the slaying of a demon in full view of all the guests? I think Willow’s rescue of Tara is handled in a ham-fisted way because Tara (in her green dress) looked formidable rather than in need of help.

The green dresses are hideous and they are the clearest indication that the costumer (Cynthia Bergstrom) was having a laugh. No way would Anya want to ruin her wedding by having to look at those. Sarah Michelle Gellar seemed very relaxed in this angst-free episode (for her anyway) and this shows in her performance. I delighted in Buffy’s inability to think on her feet (“You know, he's half-minister, half-doctor, he's a-a mini-tor. Not, of course, to be confused with a Minotaur! Because he's all, you know, man, this doctor minister man, no, no bull parts whatsoever.”), her playing charades (with horns) and juggling! Buffy juggling, it doesn’t get any better really. Buffy and Spike speaking civilly to each other is such a treat too. 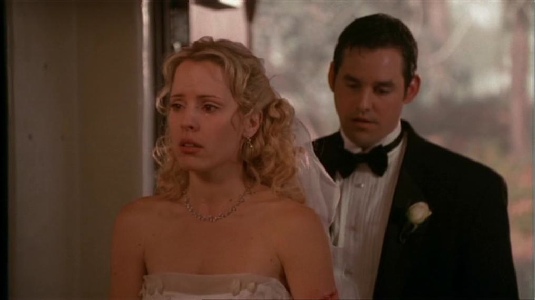 Oh Xander, what have you done? He is scared he will turn into his father and I appreciate that it was himself that he hated in the visions and not Anya who was portrayed as unfaithful. However, the worst thing to come out of this episode is the Xander who turns up in “Entropy” who thankfully we haven’t seen since season five. He is my least favourite Scooby. 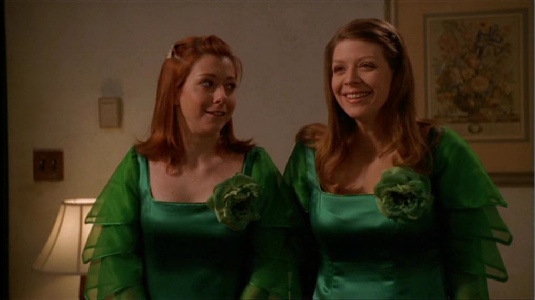 OK, enough of the main plot onto the best scene which is another to add to my all time favourites from BtVS . They don’t all involve Tara and Willow because this one involves Anya as well. So there. Anya is rehearsing her ridiculous sounding vows and as Willow helps Tara button up Anya’s wedding dress, they smile and laugh at Anya until they realise that she is genuine and they start to look thoughtful instead. The actresses play the scene so sweetly that it just warms my cockles. They then realise how lovely she looks, despite the mask, and she flaps her hands because she is so thrilled to be marrying the love of her long life: she is cute, funny and heartbreaking.