The ending of this is vile. Truly Willow is Dark. Cold blooded murder. Nasty. 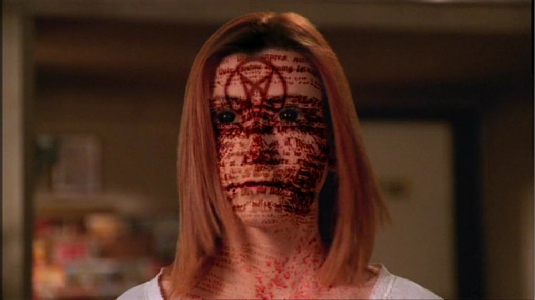 Poor Dawn. The only emotional part of this episode is her sitting in the dark, shocked “I didn’t want to leave her alone.”

I’ll also put Xander and Buffy’s muted reaction to the news of Tara’s death down to shock. At least Buffy looks concerned and I’m sure there is plenty of time to pay proper tribute to her. OK, I’ll stop snarking and think positively.

The conversation between Buffy, Xander and Dawn is heavy handed but otherwise this episode is good. Willow’s reaction is in character. Vampire Willow was a sadistic, cruel piece of work.

Why can't Dawn go with Buffy? It is so bloody boring that she has got to kept safe all the bleeding time. And her sister's the Slayer: teach her self defence, Buffy. And, this really bugs me. I know that Buffy is depressed and that's one of the reasons she works in a burger bar but why couldn't she have become a fitness instructor or someone who works in a gym?

Spike in “Africa” was tedious and I hate being mislead by his use of “bitch”. It’s okay for Warren to use it because I think he might be a misogynist. Not sure though, it’s kinda subtle.

My word, Adam Busch is a hairy chap. I hope Amber got paid the full amount for this episode even though she did spend a lot of time lying on the floor.

I’m glad he’s dead and only two to go except they renege on that promise. I can only imagine how frustrating it must have been to watch S6 in real time and for it to wind up over three episodes and three weeks. It’s too long. 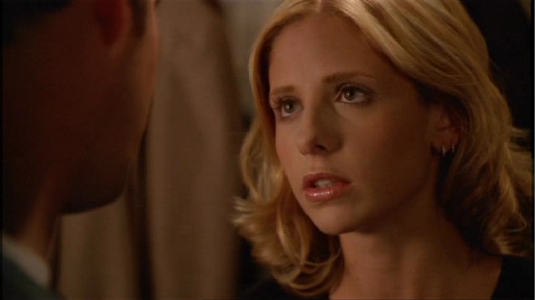