I got so much strength, I'm giving it away 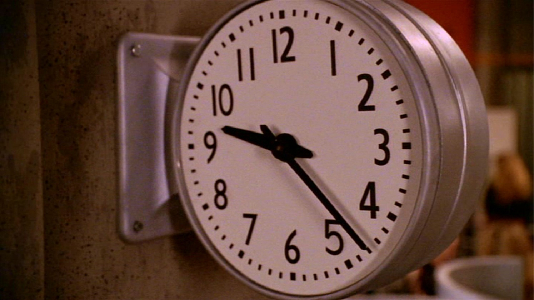 This is more like the Buffy I love. It felt like an old fashioned earlier episode in which valuable lessons are learned and wrapped up in an interesting MOTW with the bonus of Gnarl being really nasty looking and really nasty behaving. Moreover, it is no coincidence that it was a Willow-centric episode in which Alyson Hannigan gets to play sweet, lost, perturbed, vulnerable, confused and adorable, and that is what she does brilliantly.

The funniest part of this was Dawn falling off the sofa with a squeal. Poseable Dawn was a treat even if people should have cared a tiny bit more.

There was evidence of the episode being cut (or a lack of concern about continuity) when Buffy and co appeared in the cave just like that despite the fact they had previously blocked it up. 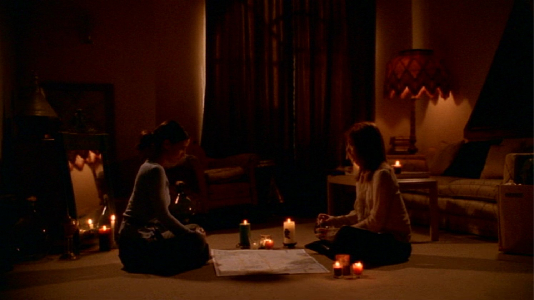 I liked Anya interactions with Willow. I liked her telling Willow she was the one responsible for the mayhem.

Oh, at the new high school, probably. Everyone's all about the high school. Buffy's got some kind of job there helping junior deviants, Spike's insane in the basement, Xander's there doing construction on the new gym—

Wait, Spike's what in the whatment?

Insane. Base. Xander does construction. He likes to start early, so he's probably there by now.

This isn't going to get all sexy, is it?

I'd be shocked. OK, do you have your powder?

I don't know. Sounds pretty thin to me.

Well, that's why you teleport over there real quick like a bunn—real quick and, uh, see if I'm right.

No. Sorry. You damaged my carpet.

...because that bunny reference is just for the fanatics.

Unfortunately, Anya doing spells with Willow highlighted the loss of Tara. The Scoobies conversation at the airport would have been a good moment to mention Tara. So far we have had no dialogue that mentions her by name and no other character (apart from Willow) has alluded to her at all. Not that I am obsessed in noticing this or anything.

Nobody should be at be worried that Willow made her friends go away by  "just by thinking it", should they?