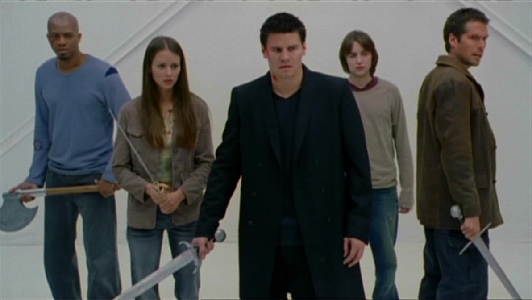 A great title or a naff one?

There was a whole pile of stuff in this that cannot bear close scrutiny which I find irritatingly sloppy. And that's another reason why Angel is pants. It is crazy sloppy far too much of the time. Episodes often feel like they have been thrown together like they have been made in a hurry which, of course, was frequently the case but that's no excuse for carelessness. For example: what makes Wesley think that the beast "won't quit 'til everyone at Wolfram and Hart is dead"? Another: why when Cordelia is a proven fighter isn't she allowed to go to Wolfram & Hart while Fred is? (real answer: the actress playing Cordelia is pregnant, show's answer: erm). And the building is in lockdown and there are still ways in and out. It's either in lockdown or it isn't. Gunn: So, fight seven floors of evil lawyer zombies or sweet talk a nasty little girl? You know where my heart's at.
Fred: Yeah, I gotta disagree. I vote for the white room. How do we get there?

doesn't make any sense at all. 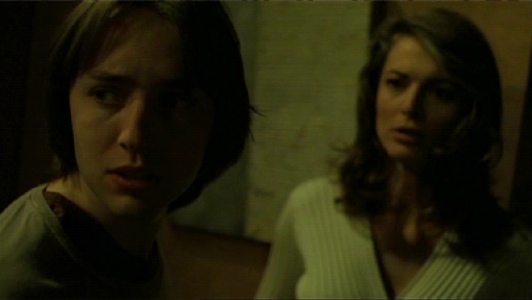 Is this farewell to Lilah and Stephanie Romanov for the time being? Please don't actually answer that question. As much as I like her, half the time her character is treated poorly, and I don't like that. In a single scene with Wesley she gets to sexually humiliate herself and make a racist remark.

And gawd, how boring is the incessant sniping between Gunn and Wesley? Extremely boring and nonsensical.

At least we were spared more than an episode of Angel seething over Cordelia sleeping with Connor.