It turns out everybody loves a good goat's tongue. Rock groups, covens and Greek cookbooks This was better than I remembered because I am more sympathetic towards Andrew and I am not spending my time being annoyed that it focused on him. It's quite an achievement to make you care about a mainly irritating character but this worked for me and Tom Lenk's performance helped too. Jane Espenson pulled off a similar feat in "I Was Made to Love You" and we only knew April for one episode. 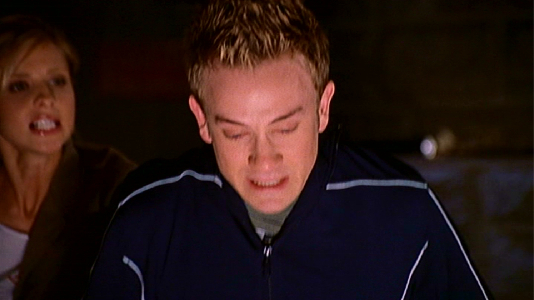 However, it is far from great. The scene at the beginning when Andrew expositioned unnecessarily about the Hellmouth, the seal, the First and the Bringers felt like it was half an hour long. Jane, we know and it's S7 and you aren't going to get new viewers now. Dawn should have been in the scene when they discuss the knife. She's the Slayer's sister and she, completely out of nowhere, knows all about ancient languages.

Spike's bad boy act was nothing compared with his posing in "Restless". I was jolly disappointed that Robin missed his chance to off him. 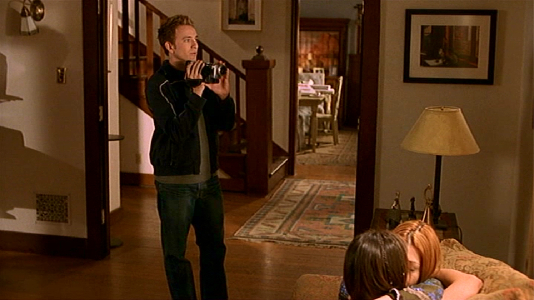 I wonder if we are supposed to be persuaded that Andrew is gay when he ignores two women making out to take a close look at Xander's handiwork. If Willow and Kennedy looked like they were really into each other then that might have worked. I am more convinced that's he's gay because he was completely swept up in the Xander and Anya reconciliation. He's watched that scene so many times. (I must clarify that I don't believe that all gay men love a melodrama but it is a handy trope.)

I was uninterested in Xander and Anya's reconciliation. I never I really bought into them as a couple despite their years together. He was often patronising and condescending towards her. Unfortunately, the show now doesn't know what to do with her unless Giles is around.

Ah well, we are wading to the end. 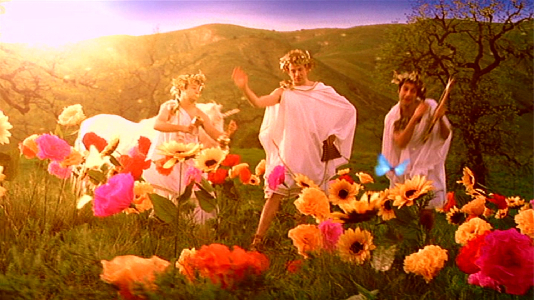