You're the one, Buffy

I probably wouldn’t have noticed a Potential called Caridad if she hadn’t been played by Dania Ramirez who had the thankless role of Maya in Heroes. Sorry to jump ahead but it seems odd to have her so prominent in “Dirty Girls”, this, and “End of Days” only for her to not be in “Chosen”. [Sign of the times that I am wittering on about the actor who played Maya, for heaven's sake.]

By the time this episode got to “Sweetie, you're pushing too hard”, I was feeling a little steamed, what with the hand-held camera and the over-lapping dialogue. What is Buffy coming to when Kennedy has more lines than Willow?

“Yeah, I think so. I just need to get together a few ingredients.” Oh, boring. Sorry. How Willow fell from being my favourite character to this irritating shell makes me really sad. She was actually fun in LA so what were they doing with her in Buffy?

Why does Spike punch Faith? And why does he accuse her of getting what she wanted? She once wanted to have what Buffy had in terms of love and family but I sure don’t think she ever wanted responsibility. Faith often seems misrepresented which means somebody is wrong so when I re-watch Buffy I shall pay more attention to her story (which is taken up very well in Angel).

Why does Giles just slash the Bringer’s throat and pronounce that they had enough information? I reckon Giles is much more to blame for the disaster that follows than Faith is.

I think the writers do quite a subtle job on Spike because essentially he’s pretty dense. He thinks he has Faith sussed but Buffy knows the truth. 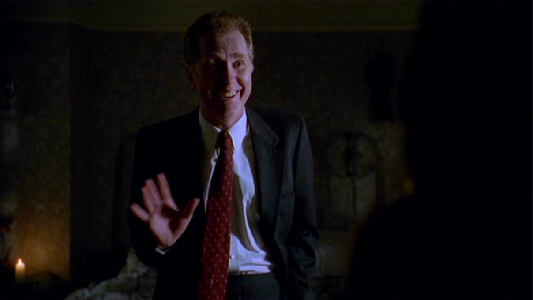