The best episode so far but it fails to deal adequately with its disturbing material: teenagers EAT their headmaster and Xander tries to RAPE Buffy (and is unbearably cruel to Willow). Like the Cordelia demon pregnancy in Angel ("Expecting"), it was too soon to go such dark places because neither series was in a position to deal with the subject matter with the respect that they deserved.

Xander remembers the things that he did and I would have liked to see the series exploring that issue in the future but, as per his actions that precipitate the events and deaths in "Once More, With Feeling", he is never asked to explain himself.

I also found Giles's dismissal of Buffy's concerns about Xander's behaviour to be unbelievable: not all sixteen year old boys tease the unfortunate and testosterone doesn't turn all men into morons, and certainly these things don't happen overnight.

Nevertheless this is a good episode: Xander is never going to look sexier, the murder of Principal Flutie is truly shocking, the plotting is decent, Willow is proved to be both really bright (by proving to herself that Xander is possessed) and dim (by getting tied up by the baddie), and it is funny (of course). 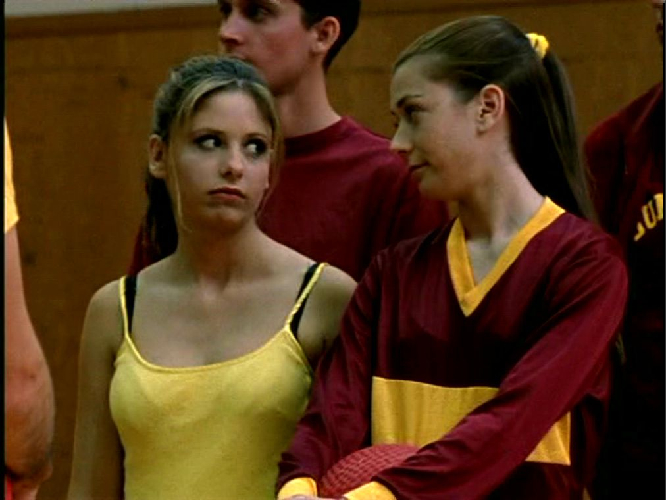