This episode is so good. As much as I do like the rest of S1, this really is a massive step up in quality. Everything has more meaning, more depth, more resonance and, overall, it is as rich as a double chocolate cake with chocolate sauce. Actually, scratch that analogy because that sounds inedible. OK, as rich as a lemon cheesecake with double cream. Hmmm.

In the "I quit" scene, Sarah Michelle Gellar is simply amazing. Both Andy and I cried and we may have seen it several times. She is perfect and Joss Whedon must have been thrilled that she was because he then knew he could really make her work hard for her money in subsequent seasons. And she earned it over all 144 episodes.

I don't like Xander but I do like Willow. And their scene after he is rejected by Buffy sums up why. Anyway...I am looking forward to S2 a lot. 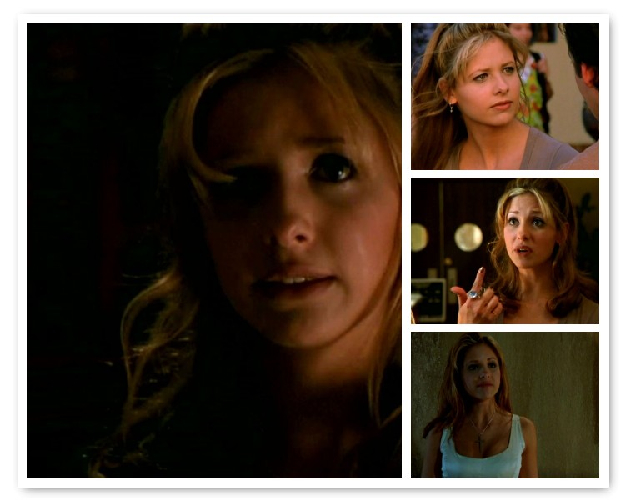