It's not coddling. Now go to your closet. 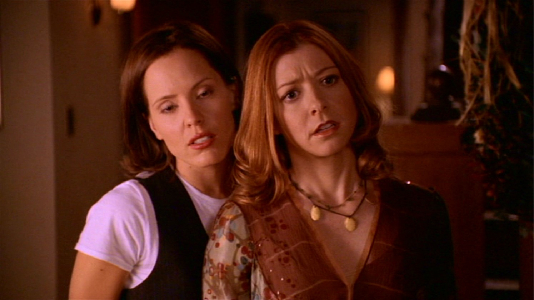 This rehash of season 2’s “Bewitched, Bothered and Bewildered” is quite dreadful for the first two thirds. Women fighting over men is so flipping tedious and (really!) there was no need to tell the story again. It only picks up when Willow and Anya become affected because Alyson Hannigan and Emma Caulfield do funny very well indeed (I was going to point at "Triangle" for evidence and then I read my earlier reaction). Sarah Michelle Gellar seemed off as if she couldn’t quite engage with a character who was bewitched in to doing the dirty on her sister and seducing a schoolboy while in a position of authority (despite being “extremely youthful. And peppy”): maybe SMG was as unamused as me. Also, as StephenT asks, does RJ know what effect the jacket has? Urgh, skeevy all round.

Well, I guess you guys could use my help. Willow's not very good with the practical strategizing - except when she's evil. And Dawn - she's not really good for anything.

She amply demonstrates this in a series of excruciating and humiliating and unfunny scenes: trying to make "Him" notice her and trying out for cheerleading, (bloody hell) sexy dancing and, naturally, a cat fight.

It was nice to see LouAnne from Girltrash! Riki Lindhome has such a distinctive face. 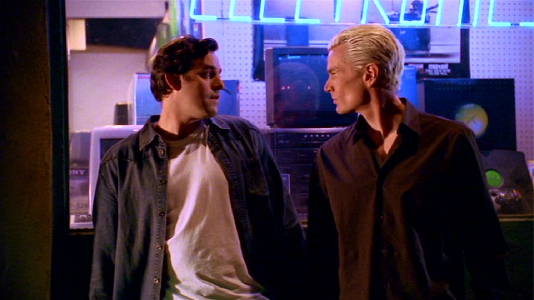 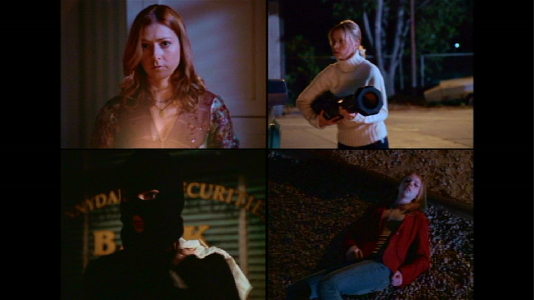