I would have liked to have seen Luke again in some of the Buffy/Angel flashbacks. I'm sure he would have been a good adversary/chum for Angel or Spike. Also, his relationship with Darla could have been explored.

Talking of Darla, boy, did she have a character reinvention! One to match Anya's.

Buffy does a lot of fancy stuff in this that she never does again: jumping over fences, back flipping onto pool tables: that kind of thing. Buffy's (or should I say Sarah Michelle Gellar's) fighting poses got a lot more convincing as time went on.

The trick that Buffy plays on the wily Luke seems an unlikely one for such a survivor to fall for but it was very funny.

Willow's deliver/delete trick shows an interesting side to the mainly drippy one we see at first.

It's early days but Xander's toadstool shirt may be his worst shirt in the entire run. 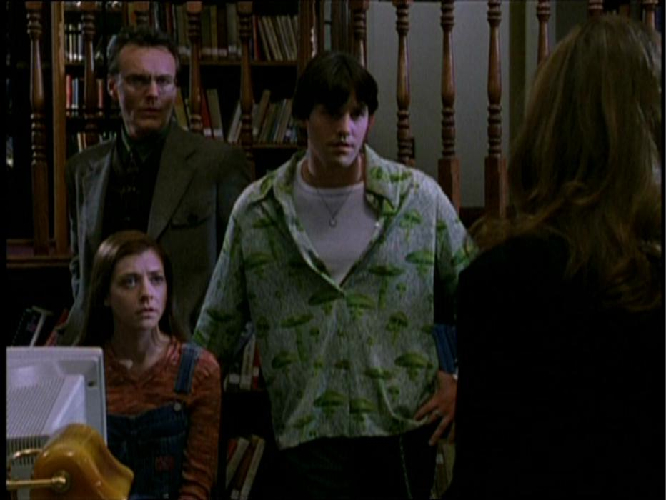